Atop a 1,740-meter peak in the San Gabriel Mountains above Los Angeles, on land first settled by the Indigenous Tongva peoples, is the Mount Wilson Observatory, where throughout the 20th century some of the world’s biggest telescopes helped lead men — primarily of Western European origin — to monumental discoveries. At Mount Wilson, founded by George Ellery Hale in 1904, Harlow Shapley figured out the size of the Milky Way and Edwin Hubble calculated the distance to Andromeda.

Much of the shimmering starlight collected by women and recorded on glass plates — at once early data used to illuminate our place in the universe and time capsules of the stellar past — is now out of reach to observers, as Los Angeles’ light pollution has obscured its presence in the night sky. 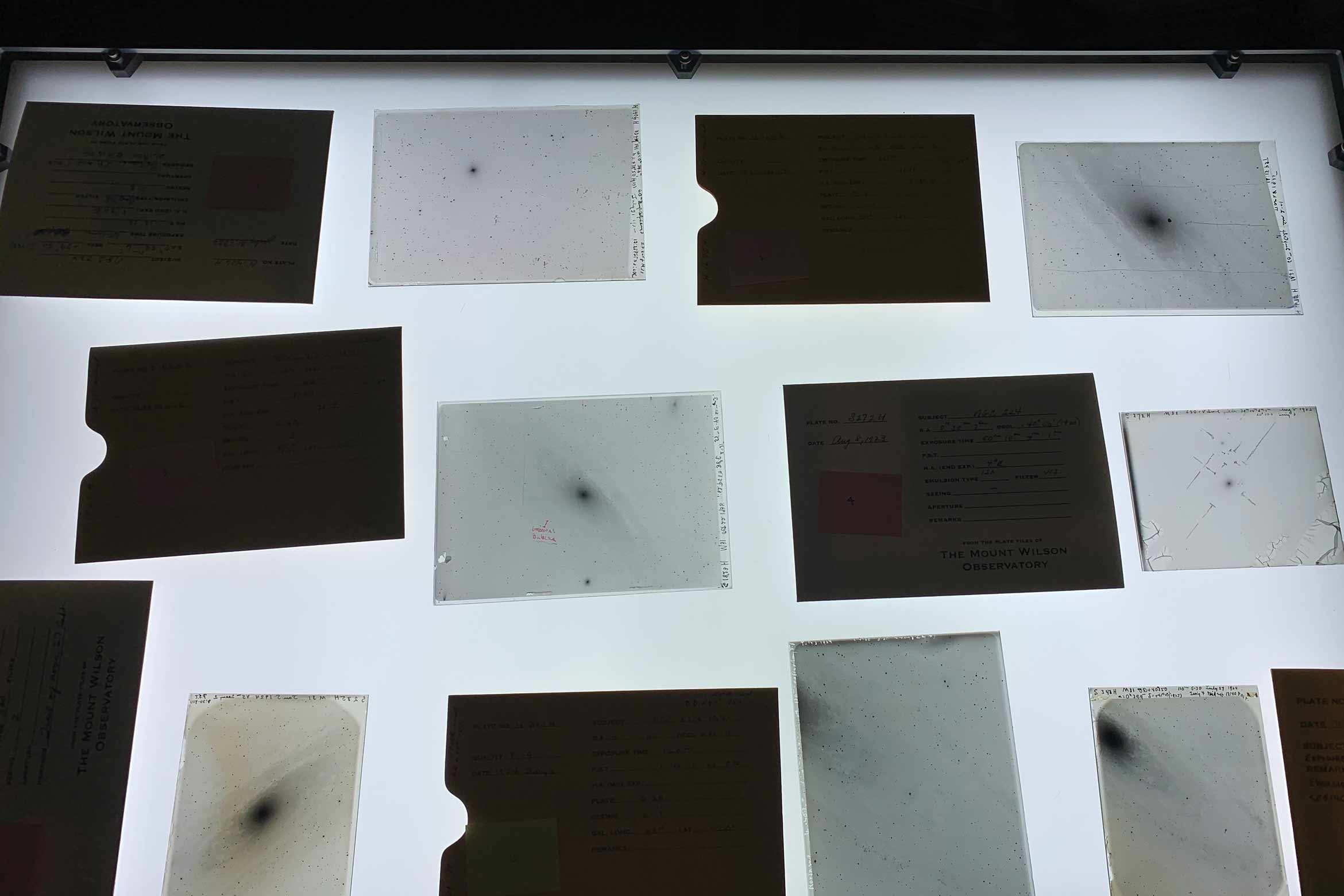 The glass plates, today a part of the observatory’s archival collection, are now also the subject of “Standard Candle,” an interdisciplinary research project by artist Sarah Rosalena Brady, who is reexamining labor conducted by female computers at Mount Wilson.

“It was a way of capturing light materially — on glass plates — and whatever they’ve captured is tied to a sense of place, as stars are grounded to a physical location and time,” says Brady, an assistant professor of art. “Not only was the light that was coming through the telescope only happening at that exact moment, but it is absolutely irreplaceable due to light pollution, including the devaluation of Indigenous knowledge and female labor.”

A rising star in the field of craft in contemporary art, Brady works in computational craft and haptic media. Her practice includes machine learning, digital fabrication, ceramics, beading and weaving.

Growing up in Los Angeles, Brady learned Indigenous crafts from her maternal grandmother — a Huichol (Wixárika) weaver and beader. She also spent meaningful time with her paternal grandfather, who worked on the Voyager program and the Deep Space network at NASA’s Jet Propulsion Laboratory.

Perhaps Brady became a conduit for this peculiar clash of magic and modernity as she charted her own journey into computer programming by way of weaving and textiles.

With her project, “Standard Candle,” she hopes to uncover a deeper understanding of the role of female computers and how they understood and processed information using glass plates, also known as photographic plates. Her work at Mount Wilson is funded by a Creative Capital award and builds on her earlier research as a fellow of the Los Angeles County Museum of Art (LACMA) Art + Tech Lab. (Brady also captured the 2022 Carolyn Glasoe Bailey Foundation Art Prize, with a solo exhibition coming in March 2023.)

“Standard Candle” follows an invitation to make new work for a one-of-a-kind exhibition between LACMA and the Mount Wilson Observatory through the LACMA Art + Tech Lab. Opening May 6, 2023, the exhibition will take place at the base of the 100-inch telescope, presenting 10 textiles and seven beaded works. Brady’s textiles are woven on a digital Jacquard loom using the starlight as a weaving template.

“Mount Wilson Observatory in Southern California, on unceded Tongva land,” Brady says, “is ground zero for measuring our universe and proving that our universe is expanding, providing a conceptual vantage point where men of science produced precise instruments for observation, claiming political and cultural power over knowledge and science under settler colonialism.”

Computational craft often takes a hybrid form between analog and digital. In an interview with Contemporary Art Review Los Angeles, Brady called computational craft a critique of Eurocentric traditions, including computational art, which is heavily rooted in the military industrial complex.

“Pixel per bead, pixel per thread — it is a powerful way to work through media because it becomes the one physical point that you can control and manipulate an image in the material world,” Brady says. Weaving, beading and other crafts have inherent feminist and Indigenous sacred knowledge, she adds. Through crafts, new forms are created and it’s possible to create something more holistic. “Sacred knowledge has been put in darkness and now we have to bring it back into the light.”

“Sacred knowledge has been put in darkness

and now we have to bring it back into the light. ” 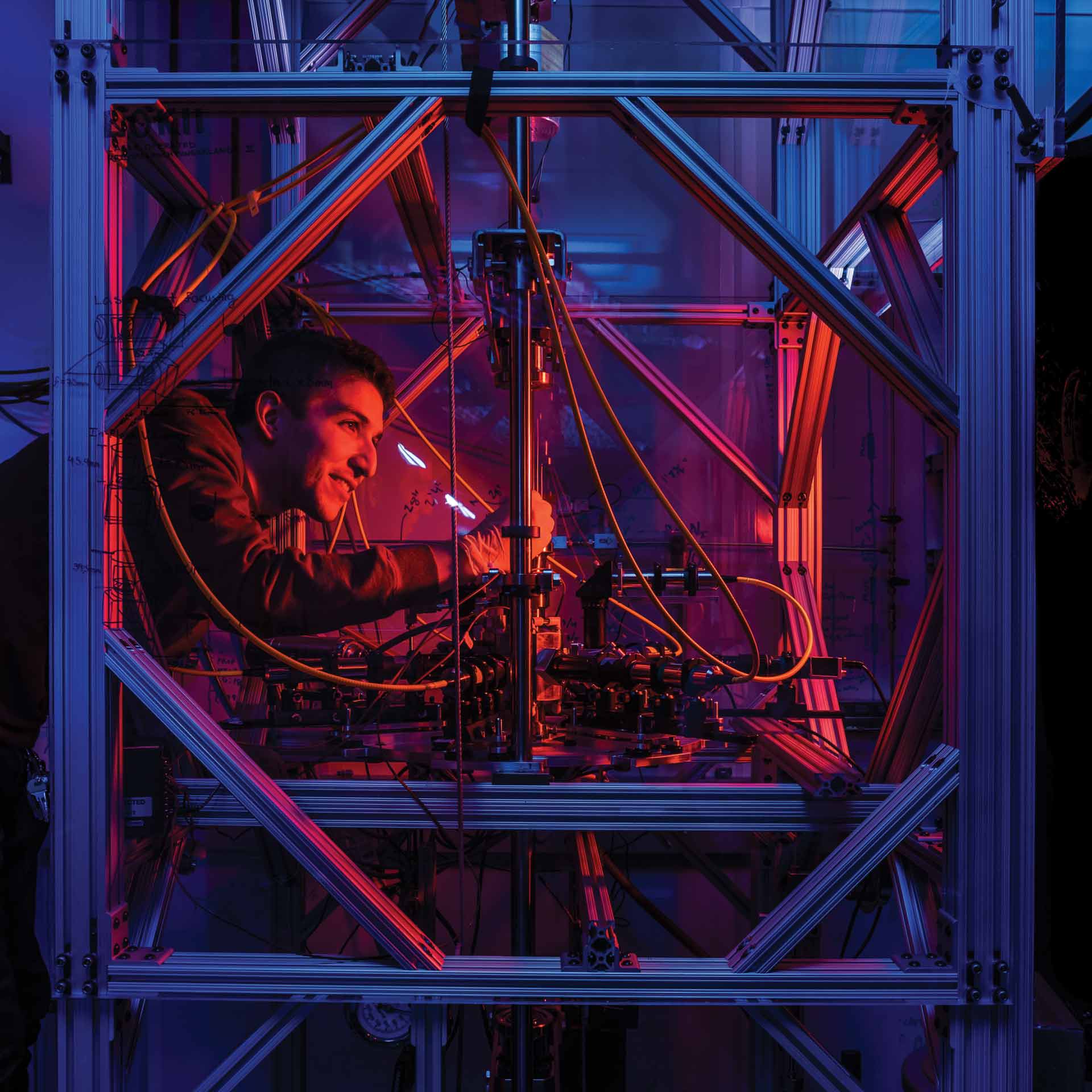 Invisible to the naked eye and highly counterintuitive, the atomic-scale quantum world is a bizarre place 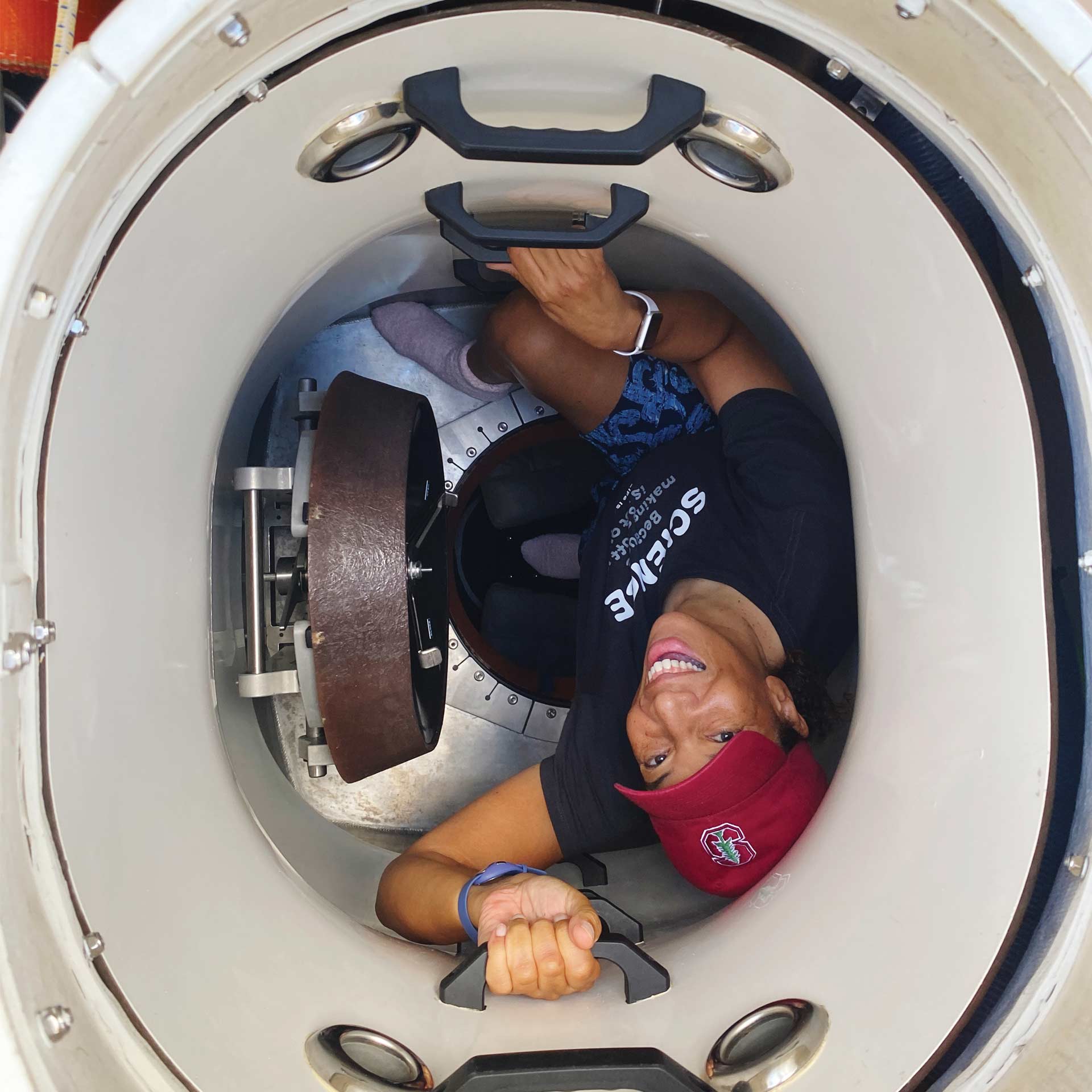