Not anxiety.
Not claustrophobia or panic.

Rather it was elation, recalls Dawn Wright (Ph.D.) ’94 of the primary emotion that washed over her when she landed, in the two-person submersible Limiting Factor, at Challenger Deep — otherwise known as the deepest point in the ocean, which also makes it the deepest known place on Earth.

“The feeling really was one of elation,” says Wright, a marine geologist and chief scientist of Esri, one of the world’s leading geographic mapping firms. 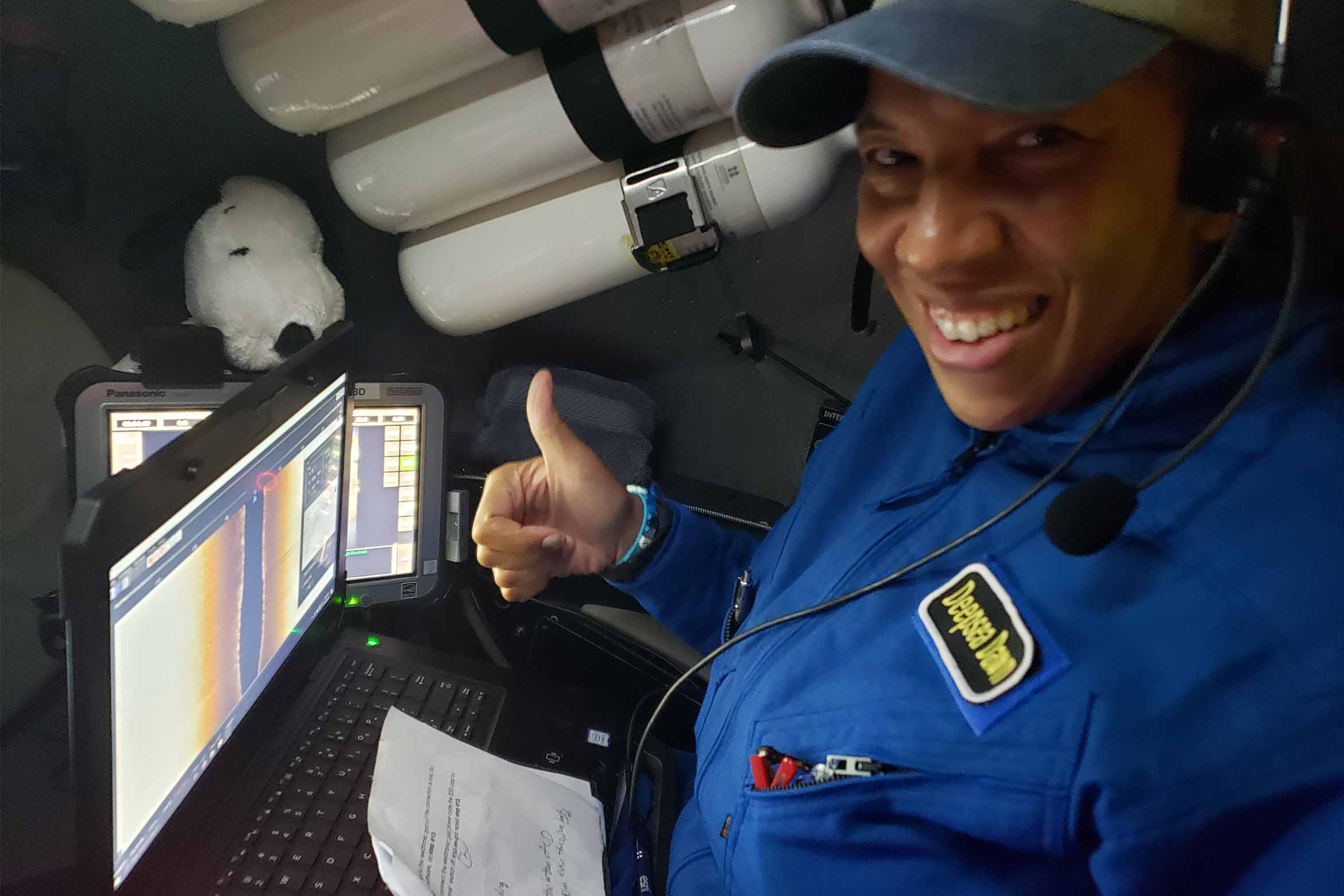 It’s easy to see why. She not only fulfilled a long-held dream of reaching the world’s deepest point, she made history as the first Black person to explore Challenger Deep. In 1996, Wright co-led an expedition to Horizon Deep, the planet’s second-deepest point.

“I think it’s really significant to be ‘the first’ as a way to inspire and encourage others,” Wright says, “especially for little children and for young people, so that they can see that something like this is possible. Something like this is possible for them, and not off-limits because they are Black. This is something that they can aspire to one day if they so desire.”

It was some 30 years ago, as a Ph.D. student at UC Santa Barbara, that Wright took her first trip to the deep ocean, dropping 1.5 miles into the East Pacific Rise in Mexico, in the iconic Alvin submersible.

“Beyond illuminating the oceanographic process I was studying — the connection between plate tectonics, volcanic eruptions and deep-sea vents — that opened my eyes to a larger truth,” Wright recalls of the expedition. “Humans are largely blind to this enormous and lively part of the world that covers more than two-thirds of Earth. Scientists know more about Mars, Venus and the dark side of the moon than they know of Earth’s ocean depths.”

Indeed. More than 70% of the Earth is covered in water, yet barely 25% of our oceans have been adequately mapped. Wright is part of an international effort to fill that gap.

And so it came to be that she descended 35,000 feet below the surface — depths more than six times those of the Grand Canyon — with 16,000 pounds per square inch of pressure bearing down on the submersible, to the darkest reaches of the Mariana Trench in the western Pacific. At her side and at the controls: explorer Victor Vescovo, a retired U.S. Naval commander and return visitor to Challenger Deep.

Their precise destination was the trench’s Western Pool, where, thanks to some first-of-its-kind technology, they were able to successfully operate and collect viable imagery data from a side-scan sonar at full-ocean depth. The data they captured — four terabytes in all — will contribute to Seabed 2030, a United Nations-led initiative to map the entirety of the seafloor to modern technological standards by the end of this decade.

The ultimate goal? To boost scientific understanding of the least-known parts of the planet, the role they play in processes like climate change — and the impact of humans on all of it.

“This research started for me while a graduate student at UCSB,” Wright notes. “Challenger Deep is the exact opposite of the tectonic setting that I studied as a student at UCSB. Instead of separating from each other, here two plates are colliding, one diving beneath the other at a subduction zone that is physically expressed as a trench rather than a ridge. So it was fascinating for me to observe the evidence of such a collision zone, especially the vast boulder fields left in its wake. It was also very significant for me to be involved in the broader-scale shipboard bathymetric mapping of the southern part of the Mariana Trench, the Yap Trench, and then the Palau Trench. This will make an important contribution to Seabed 2030.”

The broader significance of her journey, says Wright, a fellow of the National Academy of Sciences and the American Academy of Arts & Sciences, struck her even before she made the trip. It continues to do so months afterward.

“I am more convinced than ever that striving to inspire others, to shift attitudes — even among Black people who still think that environmental science or exploring nature are not for them — and ultimately to change the world for racial equity and justice are a long-term process,” she says. “I am struck by what Coretta Scott King said: ‘Struggle is a never-ending process. Freedom is never really won. You earn it and win it in every generation.’”

“Ultimately,” Wright adds, “I do truly hope that this adventure will inspire young people, especially young Black people, as well as early career academics and scientists of all persuasions, to live out their own dreams. Science, the ocean and the Earth will be better for it.” 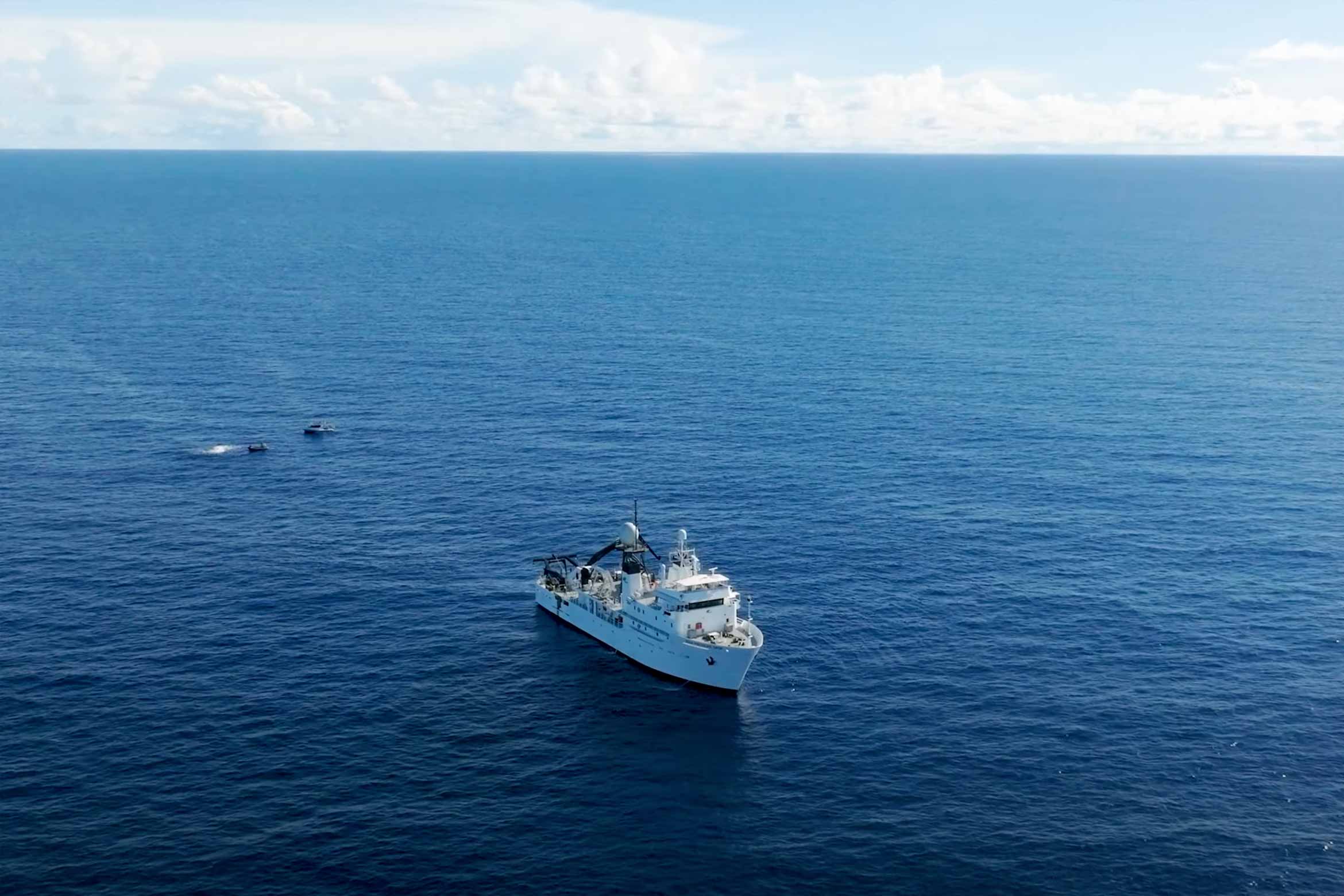 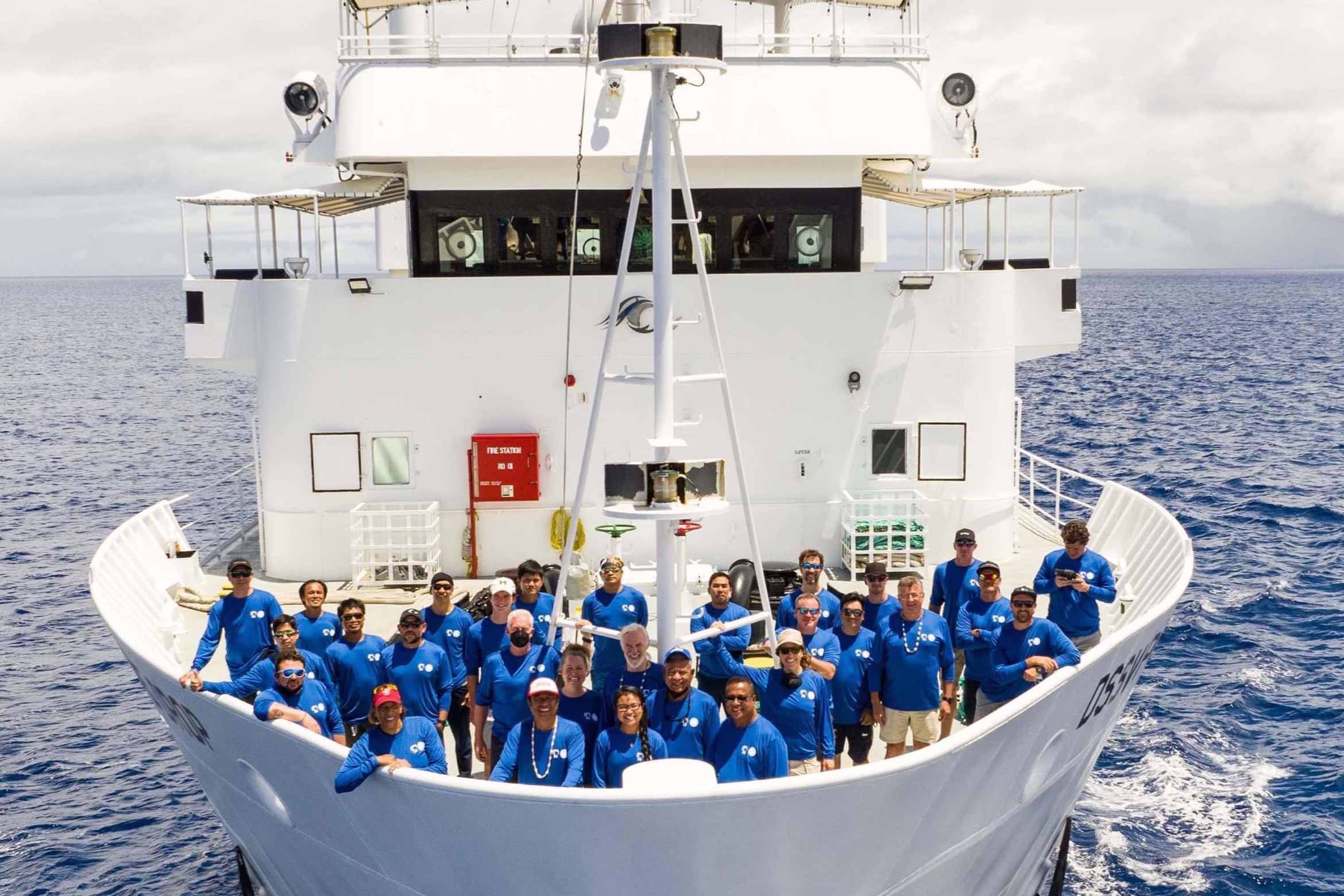 The full crew of the DSSV Pressure Drop 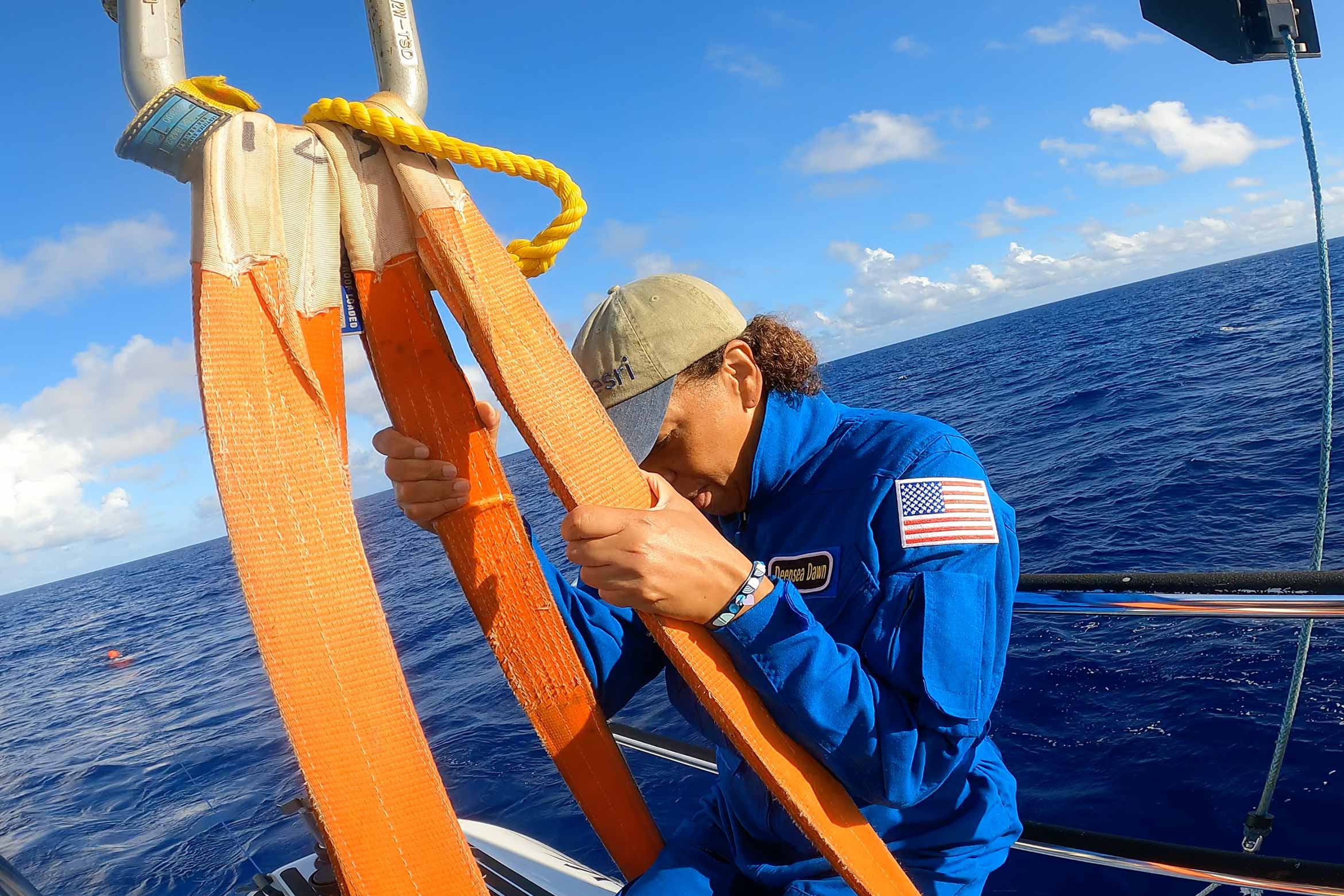 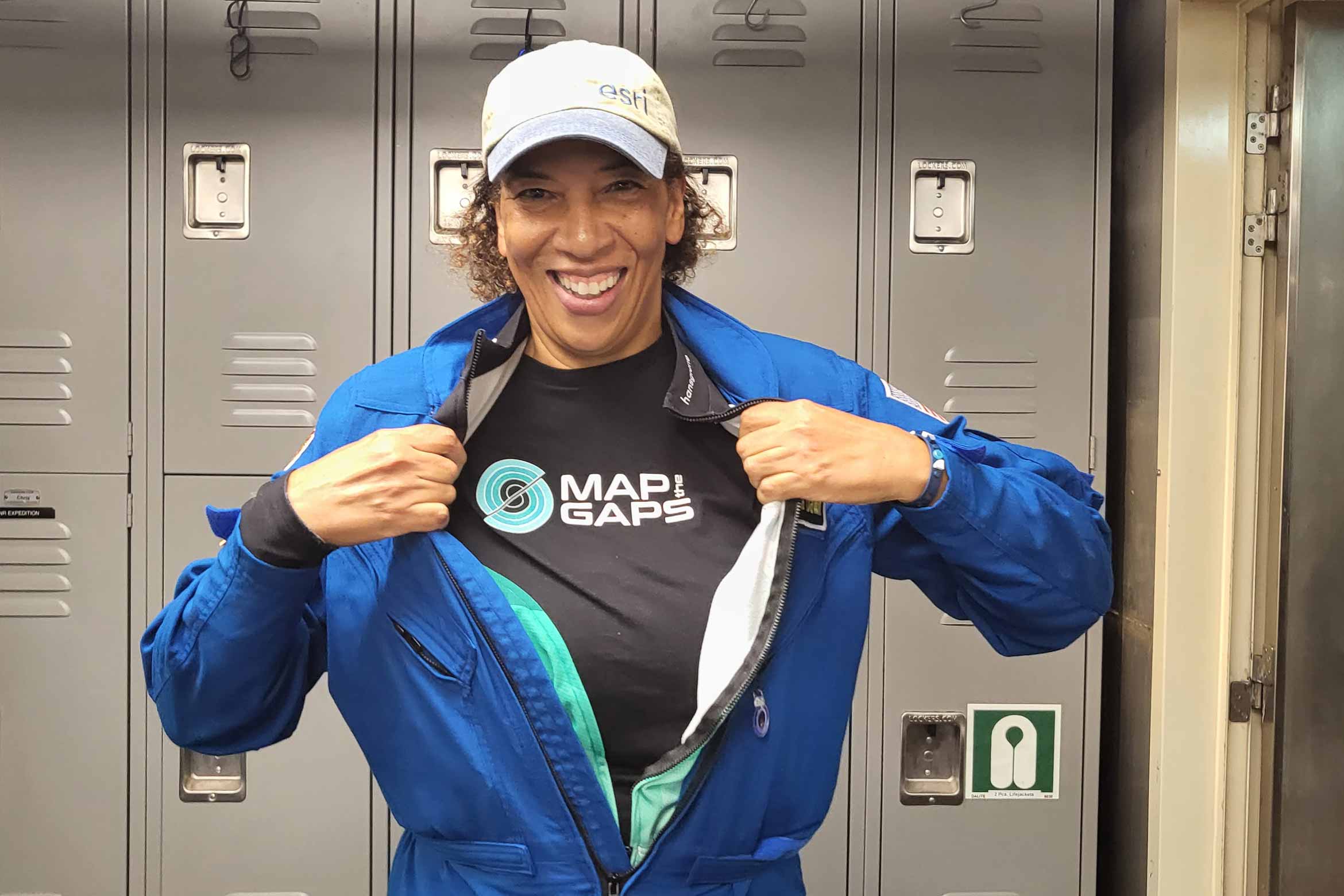 Dawn Wright shows off her "Map the Gaps" shirt 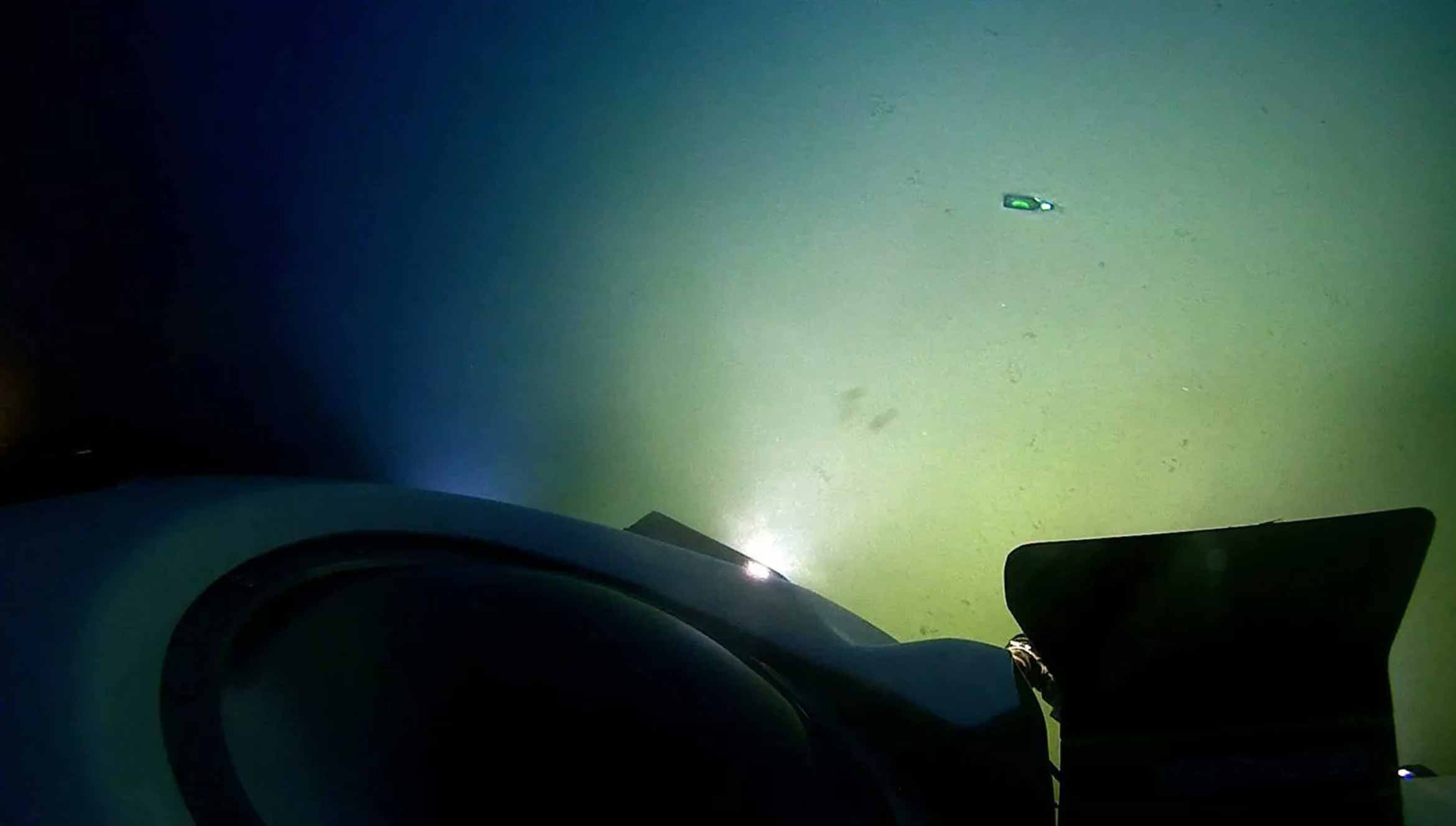 A beer bottle is discovered at the lowest point on Earth 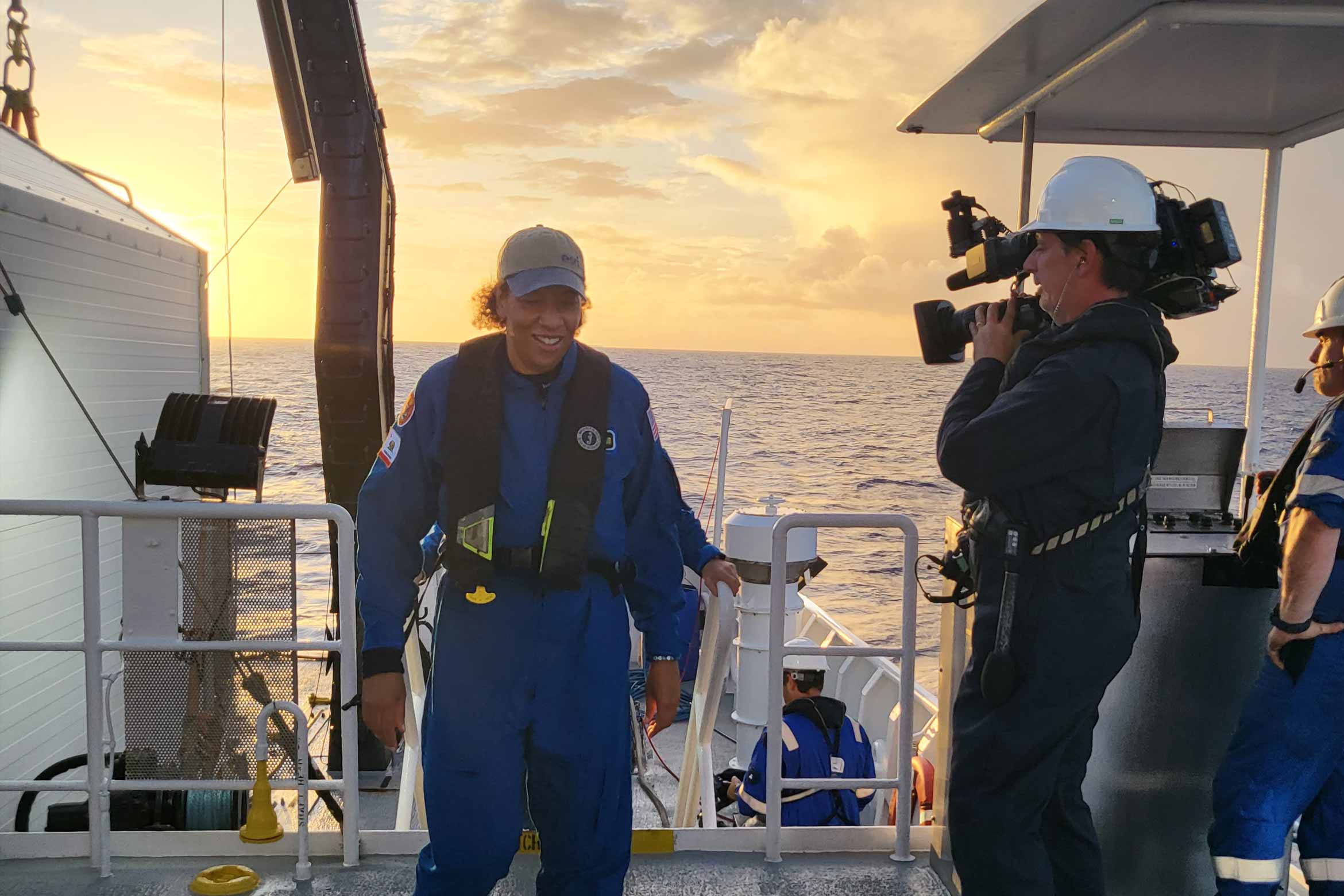 Sunset on the expedition 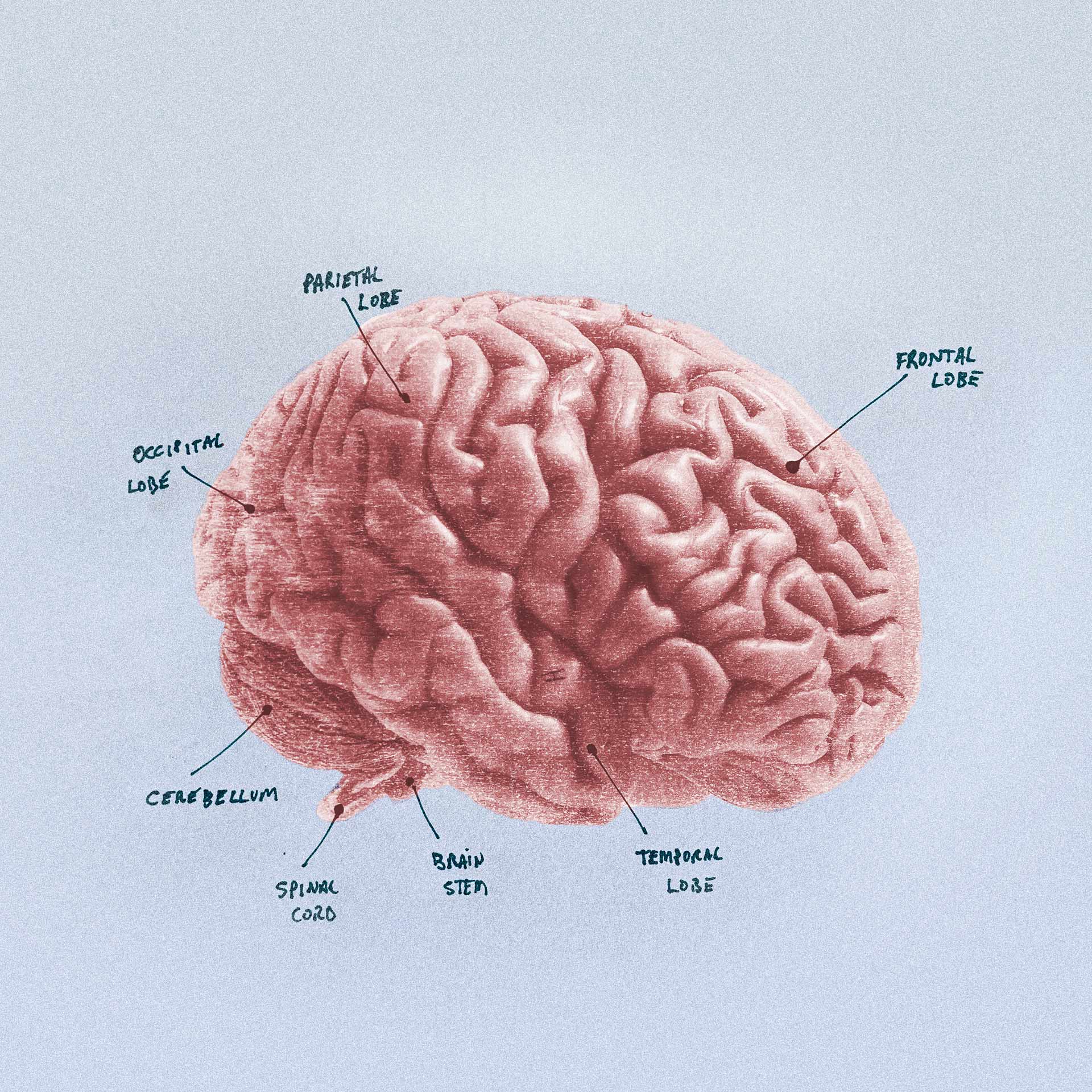 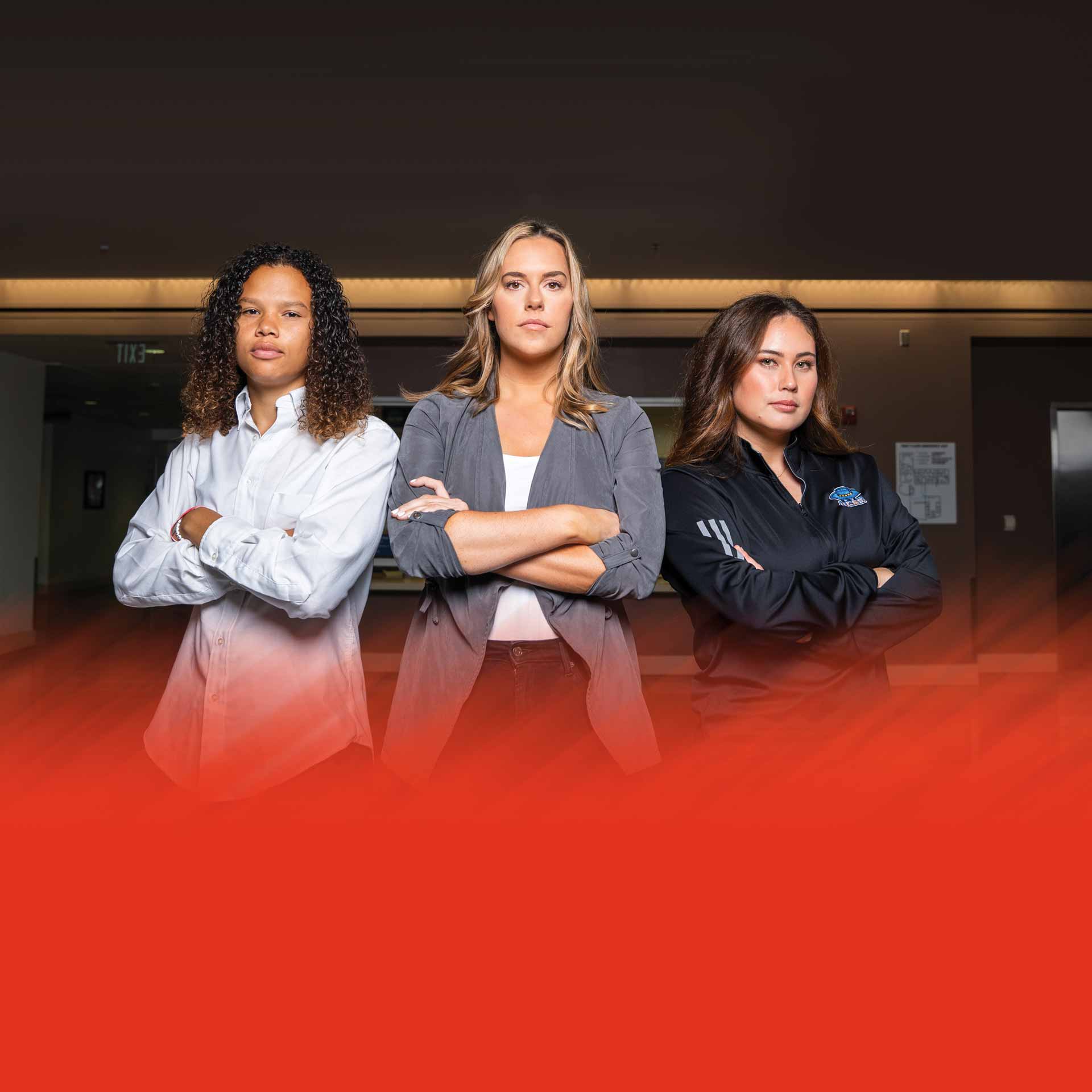