With wine as her media, artist Christina LoCascio ’01 has truly “gone grape” for inspiration.

You wouldn’t expect fine wine to pair well with UC Santa Barbara, where viticulture classes don’t exist and sand is more popular than soil. But Gauchos have impacted the California wine industry in outsized ways for half a century, responsible for building important Napa Valley brands, putting Central Coast wines on the global stage, and leading the charge for female winemakers everywhere. And their influence is only beginning to blossom, as younger generations of grads who’ve heard the call of the vines continue to carve out their own industry-leading legacies, vintage by vintage.

Santa Barbara County, of course, is where most UC Santa Barbara alumni make their mark. That tradition began when Jim Clendenen ’76, ditched his law school aspirations and dedicated his life to winemaking. Upon his passing in May 2021 at age 68, the “mind behind” Au Bon Climat winery was praised near and far, celebrated as much for preaching the gospel of Santa Barbara globally as for bringing an Old World wine culture to the Central Coast cellars.

One of Clendenen’s friends was Doug Margerum ’81, who took over the Wine Cask restaurant in downtown Santa Barbara with his family upon graduation. In what would become his hallmark for supporting promising vintners early in their career, Margerum bought Clendenen’s first vintage.

“We became instant friends, traveled the world together, made wine together, played tennis, drank incredible wines with incredible meals, and lived a life rich and full,” says Margerum. By the early 2000s, Margerum himself was more winemaker than restaurateur, and now pours his highly regarded Margerum Wine Company bottles in his Santa Barbara waterfront tasting room.

Going deep into regional history is the lineage of Richard “Dick” Dore ’66, whose great-great grandfather was Santa Maria Valley pioneer Benjamin Foxen. After a career in banking, Dore returned to his family property, and co-founded Foxen Vineyard & Winery  in 1985. A setting for the 2004 film Sideways, his wooden shack tasting room is a pilgrimage site for wine lovers from around the world.

One of the most important figures in the region’s history is Richard Sanford ’H12, who, with Michael Benedict, planted Sanford & Benedict Vineyard in 1971. They proved pinot noir could work in Santa Barbara and set the stage for the creation of the now internationally respected Sta. Rita Hills appellation. Sanford, an honorary alum, sold his Alma Rosa Winery in 2015 to Robert and Barbara Zorich (both ’71), and the couple are shepherding Sanford’s icon status into the future.

Then there is Greg Brewer ’91, who was named “Winemaker of the Year” by Wine Enthusiast magazine in 2020. “One of the most rewarding elements of this career is educating and demystifying wine for others to neutralize the insecurity and fear that many have surrounding it,” says Brewer, a French literature major who co-founded Brewer-Clifton winery in 1995. “I was inspired not only to teach from so many educators at UCSB, but also the leadership skills I learned through my fraternity experience there.”

UC Santa Barbara grads went north to the Napa Valley as well, including Michael Weis ’69, who worked for 26 years at Groth Vineyards & Winery (see “The Weis Family of Wine” below), and Kathleen Inman ’84, who started Inman Family Wines in 2000 after working overseas in corporate finance.

“As an undergraduate, I made a lot of friends who were exchange students from Europe who introduced me to more adventurous cuisine and wines from their parts of the world,” says Inman. “That got me interested in learning more about wine from California, and specifically the Napa Valley where I am from.”

Inman is a major advocate for bringing more women into the traditionally male-dominated industry, as noted in a recent Forbes profile. “Right now, only 10% of California wineries have women winemakers, so I’m hoping that more young women who are considering a career in wine don’t get intimidated and keep pushing to make that a 50/50 split,” she says, but warned any aspiring vintner of the hard work. “As a winemaker of 20 years, I’m still cleaning out my own bins and barrels, so don’t think any task is beneath you, especially as you’re getting started!”

“It takes patience and passion to grow in the wine business, but it’s about the good things in life.”

According to available surveys, Santa Barbara County is home to a higher percentage of female winemakers than anywhere else in California. Alison Thomson ’06, is one of them. In addition to running her own label L.A. Lepiane, Thomson is the co-winemaker and director of operations for Two Wolves Wine, the Santa Ynez Valley vineyard owned by the pop star Pink.

“I learned that I loved being outside, getting my hands dirty, and doing physical work with the Habitat Restoration Club,” Thomson says of her university days, which included an eye-opening study abroad program in Siena, Italy, where wine is part of daily life. She remains close to UC Santa Barbara. “I live a short bike ride away from campus, so we are often at Campus Point, or at concerts and lectures,” says Thomson, whose kids learned to swim at the Rec Cen. “It was a trip bringing them there for lessons because I was once a lifeguard at that pool.”

Like Thomson, both David Potter ’01, the owner of Municipal Winemakers and Potek Winery, and Matt Brady ’05, the winemaker for SamSara Wine Co., dipped their toes into wine while still students at UC Santa Barbara. Brady found that, “four years of wearing flip flops was good training for climbing barrel racks in my favorite footwear.” He got a winery job while finishing his last quarter. “The Santa Barbara County wine world is filled with warm and supporting people,” says Brady. “It’s a truly special place to work and live.”

Potter agrees. “It’s a young and vibrant industry, and it’s very approachable,” he says. “Despite not being able to get a degree in enology, there are many opportunities for gaining experience and learning winery work.”

Up the coast in Paso Robles, Patrick Muran ’98, is the winemaker at Niner Wine Estates. The microbiology major took the MCATs on his way to be a doctor, then realized that “wine is a lot like medicine, just a lot more enjoyable.” But he still uses his degree daily.

“The science behind wine, and the science in the vineyards with soil dynamics, is what I am most passionate about,” says Muran. “I enjoy learning about the connection of the parts to the whole.”

In Arroyo Grande, Blake Kuhn ’95 is the regional winemaking director for Vintage Wine Estates, which owns Qupe, Laetitia and many other brands. He credits UCSB’s quarter system for his stamina. “It’s the ultimate pressure cooker, just like harvest: 10 weeks non-stop!” he says. “The quarter system forces you to learn under the pressure of time constraints and teaches you to prioritize both your time and effort to achieve the best results by making quick, educated and effective decisions. Throw in the allure of the beach and you really have to stay focused!”

The path Christina LoCascio ’01 took to wine is unlike anyone else. During her third year, the art studio and communication major interned at a wine magazine, which sparked her initial interest and led to work in the Temecula Valley. But the real magic struck in 2004, when LoCascio — whose artwork illustrates this feature — developed a method of painting with wine, then found her paintings adorning bottles made by Artiste Winery in the Santa Ynez Valley. Along the way, she married Michael Larner, whose family owns Larner Winery in Santa Barbara’s Ballard Canyon.

Living on the vineyard, LoCascio is intimately involved from grape to glass. “I love the science and art of the winemaking process, the beauty of growing grapes and making wine from our vineyard, and connecting with people over great wine and food,” she says. “It takes patience and passion to grow in the wine business, but it’s about the good things in life.”

The Weis Family of Wine

When it comes to Gauchos-gone-grape-stories, few have the collective and generational breadth of the Weis family. The saga begins with Michael Weis ’69, who followed his brother, Joe Weis ’65, to the campus. While his older brother became a sociology professor at the University of Washington — and married Karen (Senior ’65) Weis, along the way — Michael worked his first harvest in 1973, spending nine years at San Antonio Winery, the oldest and largest producing winery in Los Angeles. Michael then headed north to the Napa Valley, where he worked at Robert Mondavi for a dozen years before starting a 26-year tenure at Groth Vineyards & Winery.

At UC Santa Barbara, Michael was led to microbiology through mycology lectures and learned about the importance of ocean currents to grape growing in geography classes. “There is no better career for physical, mental and emotional health — it is a true lifestyle,” says Michael of his work. “It is a career primarily of passion, not money.”

His enthusiasm spread to his son Nate Weis ’01, who’s worked for such brands as Etude, Patz & Hall, and Antica since 2002, and was hired as the winemaker for Silver Oak in 2014. What the biopsychology major learned during college wasn’t just from the books.

“I’m a very introverted person by nature, but obviously UCSB is a very social place,” says Nate. “I learned to come out of my shell and how to connect with other people. Now I travel a lot, trying to convince people to buy our wine, and those skills come in mighty handy.”

For Nate Weis, the learning never really stopped. “It’s a fascinating field with many facets,” he says. “There’s enough knowledge to gain for several lifetimes when you think about the scope of the worldwide business and its intricacies. But it does take passion, as none of it is easy. I don’t just taste wine all day, much to many potential newcomers’ chagrin.” 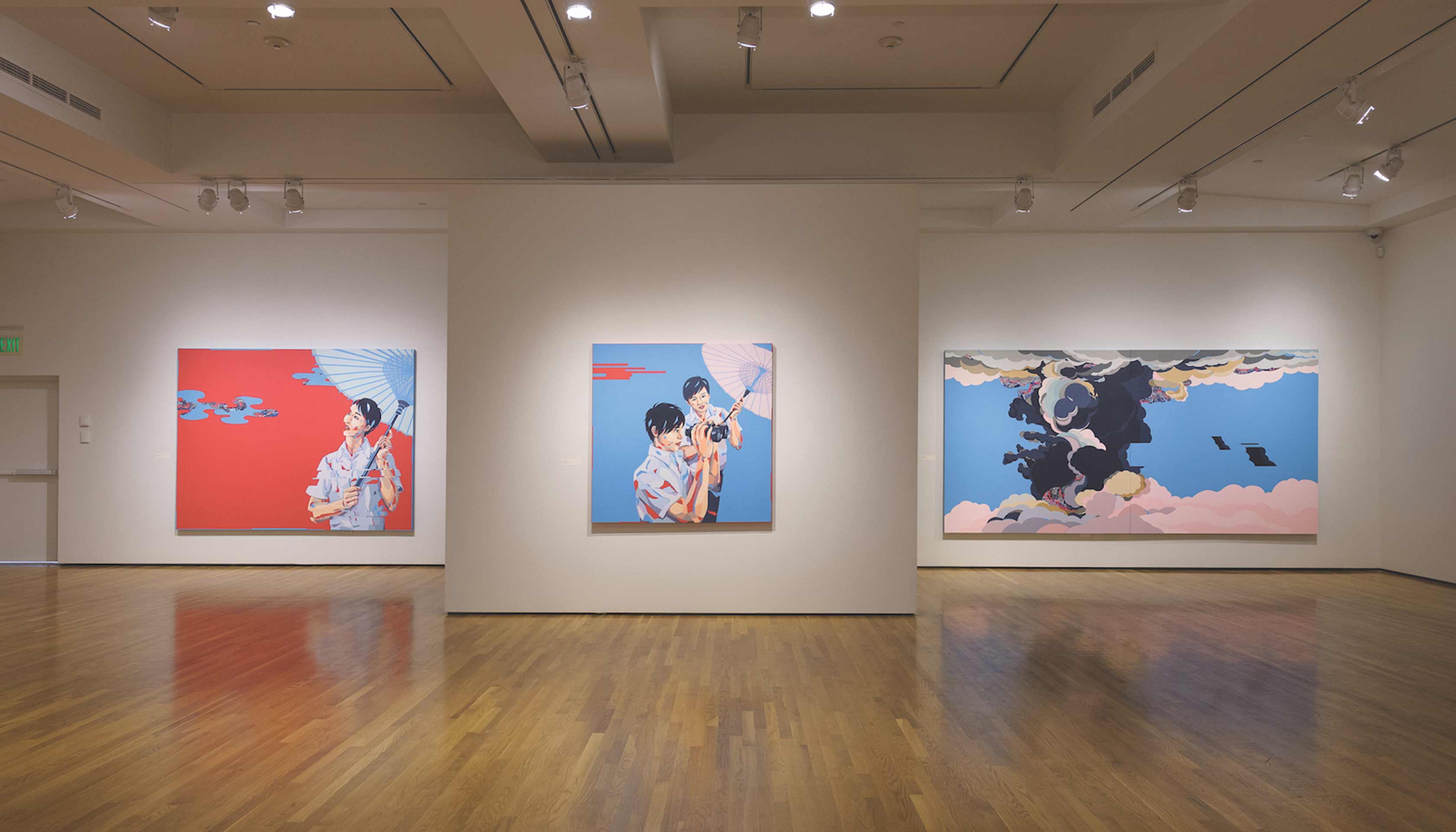 Cover artist Yumiko Glover MA ’17 reflects on the preciousness of life and its influence on her work. 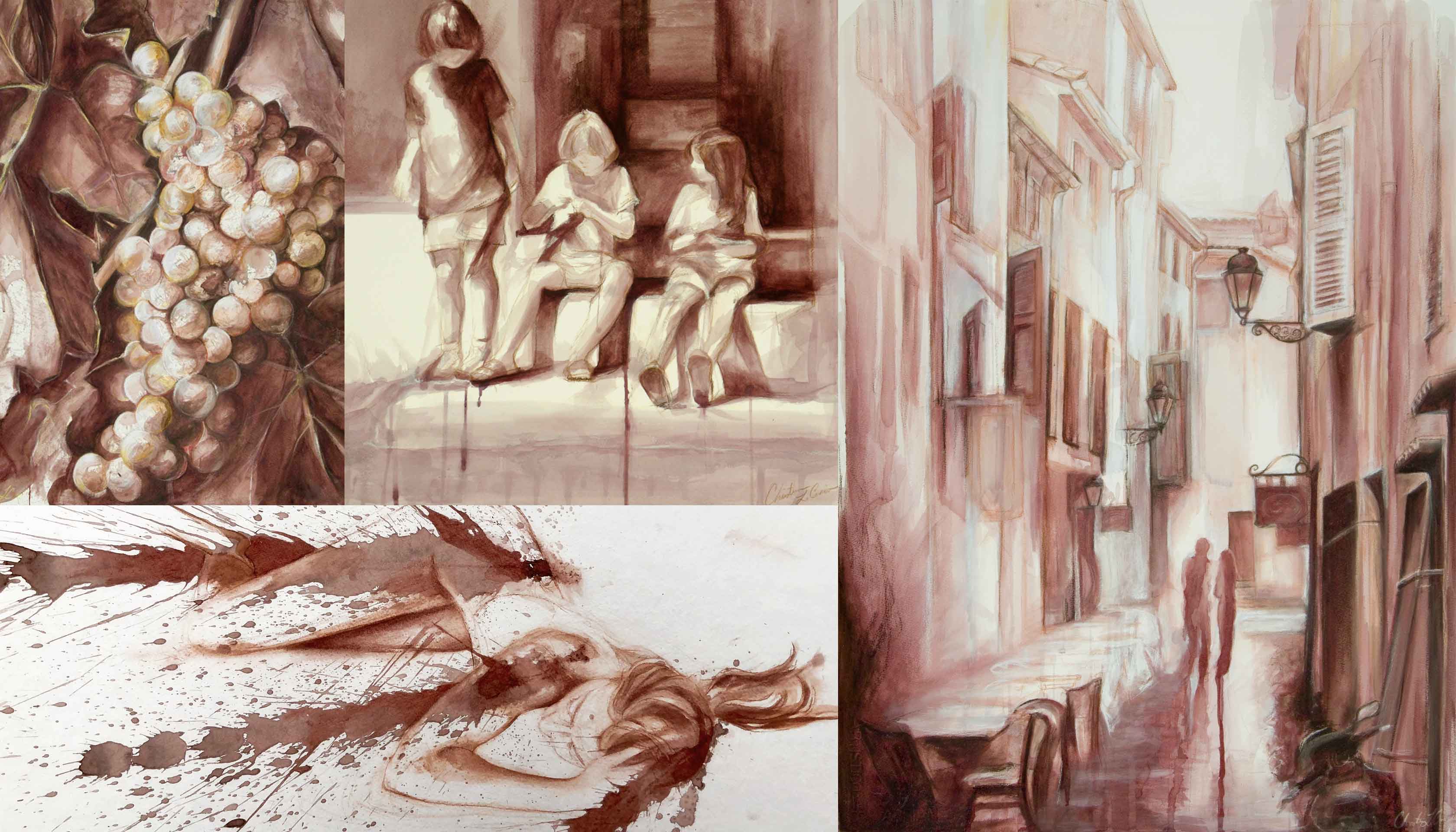 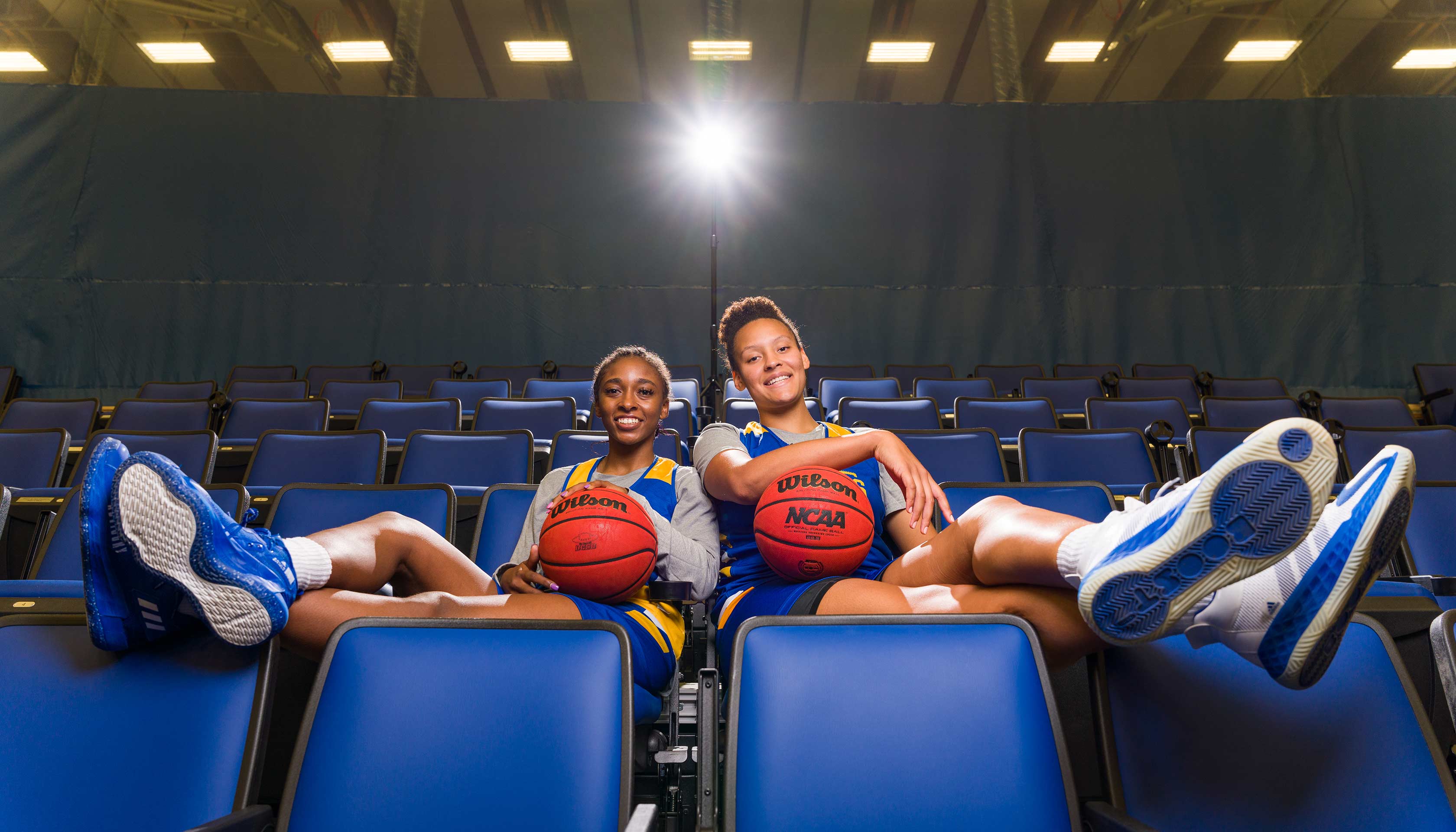 Women’s basketball is back in action and poised for an amazing year.