“When I was applying for college in Japan I didn’t have a mentor to support me,” Glover recalls. “I wanted to go to art school and of course, my parents worried that it was ‘non job promising.’ So, I gave up and I majored in something else.” But the desire stuck with her. She took as many art classes as she could while working in the import-export business for more than a decade before returning to school to follow her dreams of becoming an artist. She completed a bachelor of fine arts degree at the University of Hawaiʻi at Mānoa in 2011 and then came to UC Santa Barbara to complete her masters in fine arts in 2017.

“I was not a good student in Japan in college because I was not really interested in the field. But when I went back to school, I was very serious,” laughs Glover, who is now a visiting lecturer in the UC Santa Barbara Department of Art, as well as a graphic designer and fine artist who has her work in collections at the Honolulu Museum of Art and on view at LAX, among other venues. 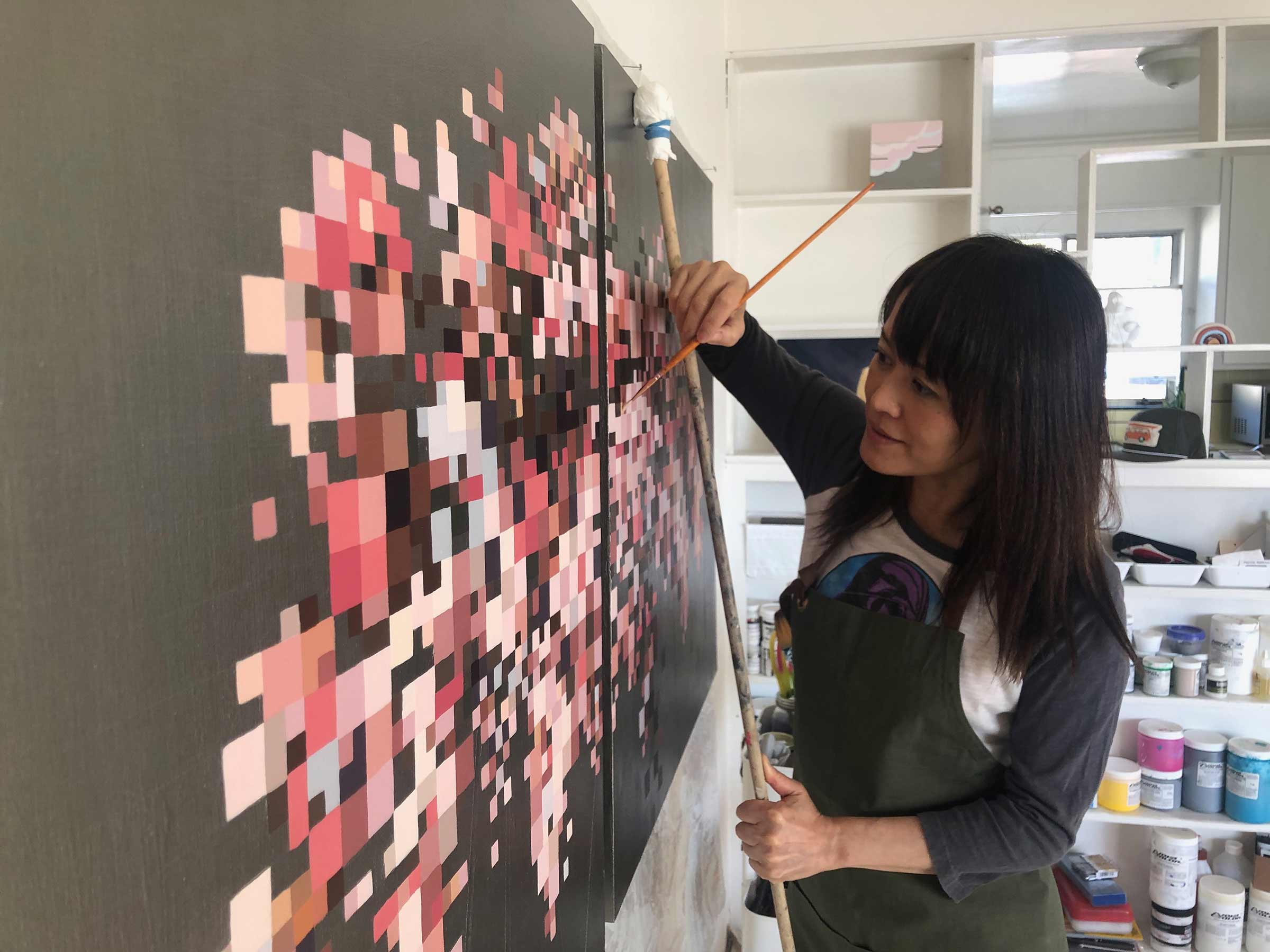 Over the years her style has evolved, but current events continue to influence her art.

Her “Unfold” series was inspired by President Barack Obama’s visit to Hiroshima in 2016. The first sitting president to visit the city destroyed by an American atomic bomb during World War II, Obama brought origami paper cranes that he folded himself. “Crane origami is a symbol for peace, wishing the best for others, and healing for challenging times,” says Glover.

Working on the premise that with each fold they make in an origami crane, people are thinking about others’ wellness or sending them good wishes, Glover drew geometric forms and combined them in different ways to create elements. “I thought that matched well with what we are going through in the pandemic,” she says.

Her ongoing series “Transience” also fits in thematically. “Living through the pandemic completely shifted everybody’s life, including myself, especially my perspective on approaching art,” says Glover.

“Transience comes from the Japanese term, mono no aware, which means the transience of life that is the aesthetics of impermanence — nothing lasts forever but there is preciousness to it. I created new paintings during the pandemic; one inspired by the cherry blossom season. As you know the cherry blossom has an intense and precious life and death cycle, which is mirrored by the impermanence of our nature and material world that we took for granted for so long.”

She continues, “During the pandemic, as everything that we thought would last forever became uncertain and our perspectives about life, including the subjects for the magazine — education, economy, mental health, work and environment — everything has changed and also affected me and the way I think, so when I received the concept of the magazine design, I could apply those ideas that I was going through during the pandemic to the design.” 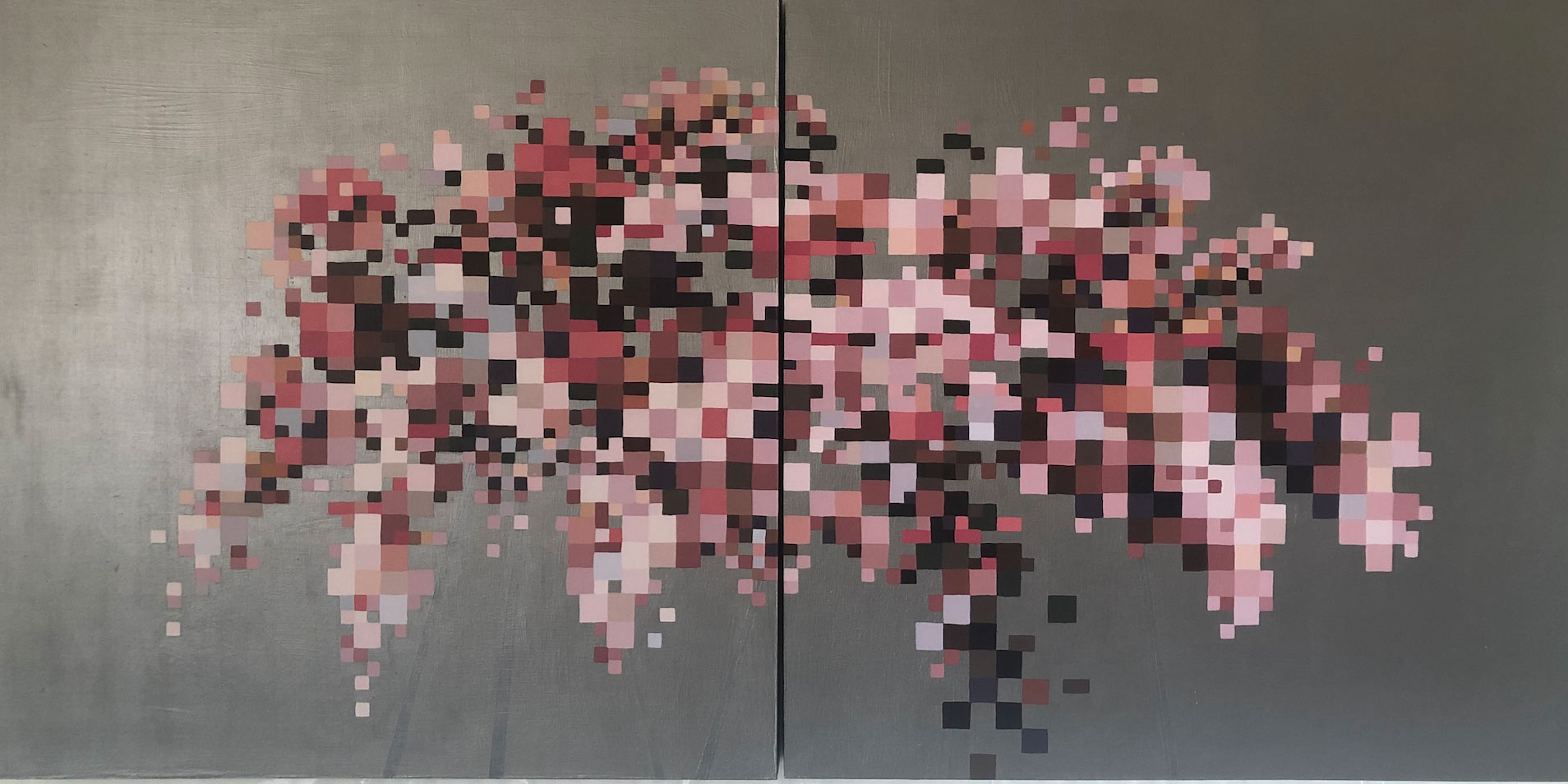 “Living through the pandemic completely shifted everybody’s life, including myself, especially my perspective on approaching art”