Paving the way to a better future

As a top-tier research university, UC Santa Barbara is internationally renowned for groundbreaking discoveries and pioneering advances across dozens of disciplines in science and engineering and in the social sciences, humanities and fine arts. Our researchers are at the forefront of scientific investigation and scholarly inquiry, leading research studies and participating in collaborations across the country and around the globe. 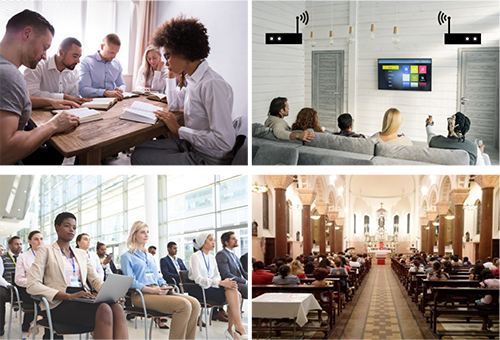 Don’t Fidget! Wi-Fi Will Count You

Researchers in electrical and computer engineering professor Yasamin Mostofi’s lab have enabled, for the first time, counting a stationary seated crowd using Wi-Fi signals, and without relying on people to carry a device. The technique, which also counts through walls, needs only a wireless transmitter and receiver outside the area of interest where the crowd is seated. It has a variety of applications, including smart energy management, controlling the crowd size during a pandemic, business planning and security.

Learn more about the technique

With a five-year, $12.5 million grant from the National Science Foundation, a new research endeavor involving multiple institutions, including UC Santa Barbara, will examine resilience demonstrated by amphibians and other groups of species to emergence and spread of new infectious diseases, along with other human-caused changes to the global ecosystem. The team will investigate what has allowed amphibians to bounce back after disease outbreaks, using this group of species as a model for understanding how resilience comes about in other living systems.

“Globally, more than 500 amphibian species have declined due to the amphibian chytrid fungus, and few have shown evidence of recovery. As such, understanding the factors underlying resilience in the few amphibian species for which recovery has been documented has broad implications for the recovery of many other impacted species,” the researchers say. “Results will also have implications for the resilience of other species and ecosystems affected by a wide variety of global stressors, including climate change.”

Learn more about the research collaboration 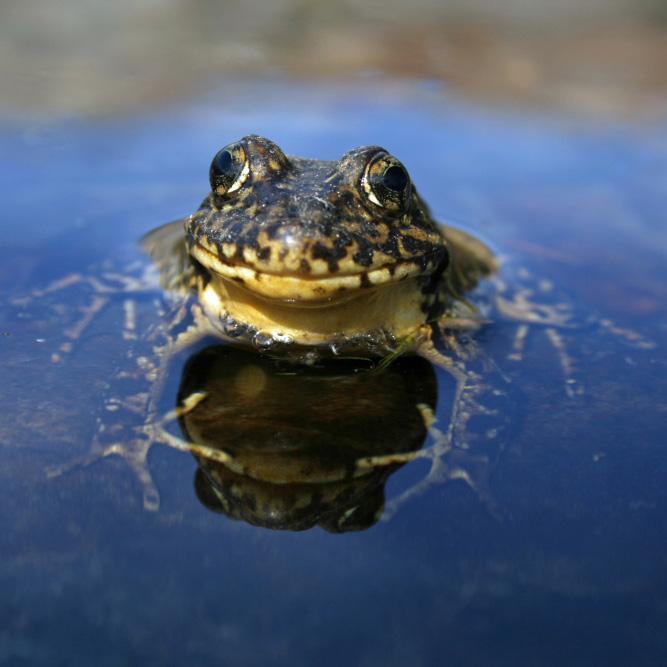 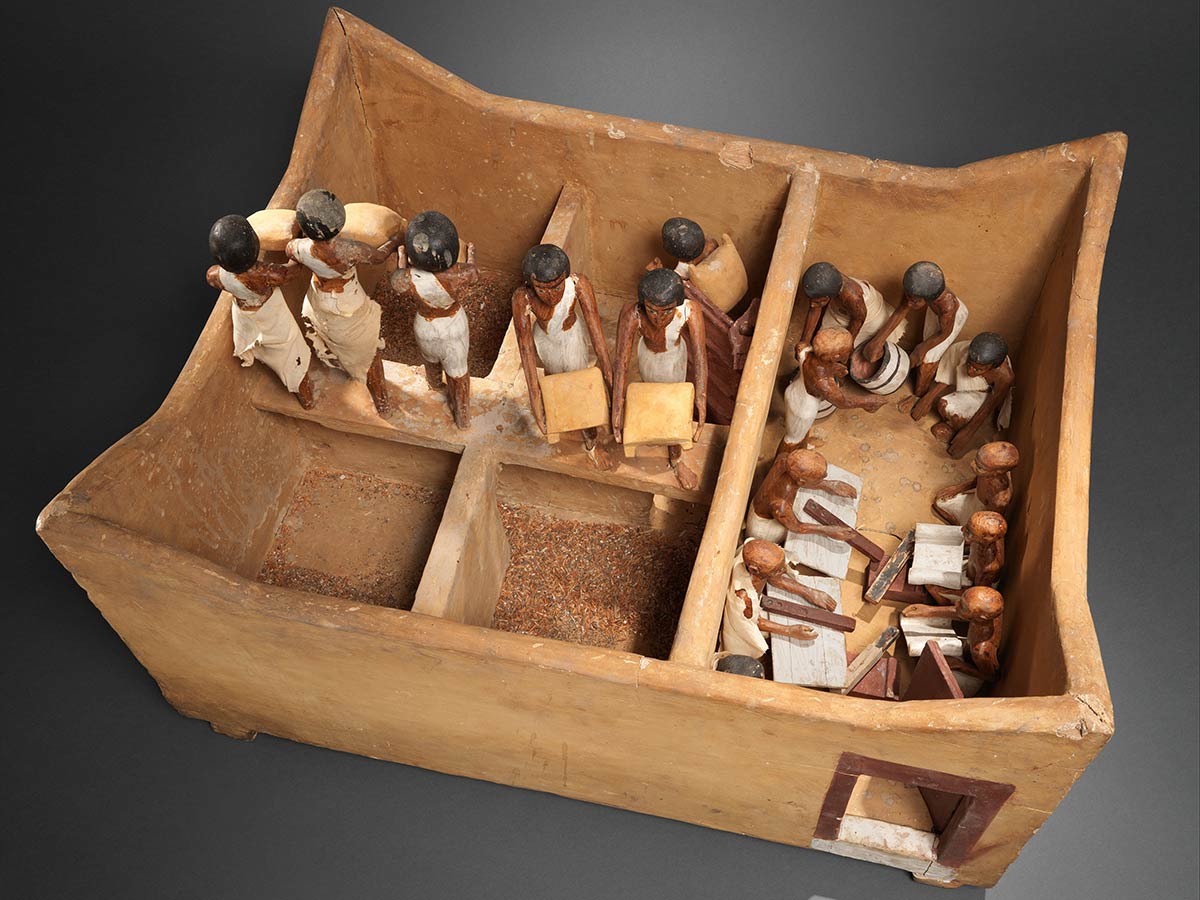 Anthony Barbieri knows it sounds a little strange to compare the New Kingdom of Egypt (ca. 1548-1086 BCE) with the Han dynasty of China (206 BCE-220 CE). They existed more than 1,000 years and nearly 5,000 miles apart — gaps that would seem to give pause to a scholar’s suspicion that the empires shared a cultural DNA largely missed by the rest of the world.

With a $238,700 New Directions fellowship from the Andrew W. Mellon Foundation, the professor of history, who specializes in ancient China, became, for all intents and purposes, a graduate student in Egyptian archaeology and hieroglyphics at UCLA. The result after seven years of study and research is Ancient Egypt and Early China: State, Society, and Culture (University of Washington Press, 2021) Barbieri’s groundbreaking comparison of the two civilizations.

Learn more about the comparative study

Babies learn the difference between “us” and “them” fairly early in life. Social categorization — the process of dividing the world into groups based on features such as gender, race and nationality — can be a useful strategy when you’re new to the world and trying to process a flood of information with your developing brain, according to developmental, evolutionary and social psychologist Zoe Liberman.

The act of creating groups — for instance, all the objects that can be categorized as some type of chair — serves as an efficient learning tool for minds still learning to grasp the world around them. But what starts out as a useful survival behavior in our early lives could become a problem when it is applied to people: The tendency to form groups and to like people who are more familiar can lead to stereotyping, bias and racism.

What if there was a way to decrease the tendency toward harmful tribalism? With an Early CAREER Award from the National Science Foundation, Liberman, an assistant professor in the Department of Psychological & Brain Sciences, is poised to lay the groundwork for a better understanding of how stereotypes form in children’s brains — work that could inform future interventions aimed at mitigating the negative impacts of stereotyping. 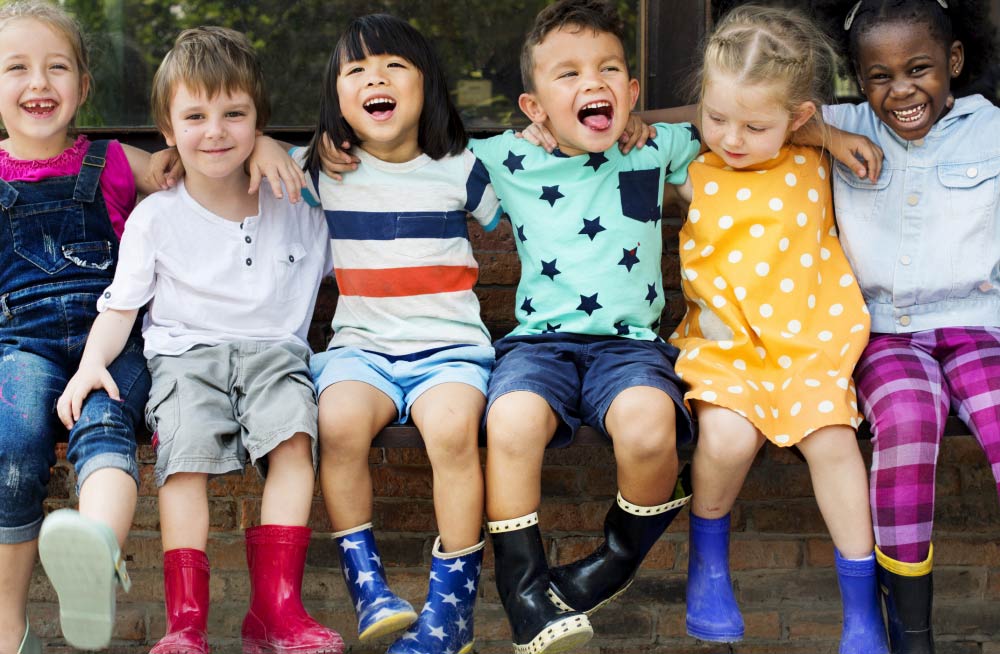 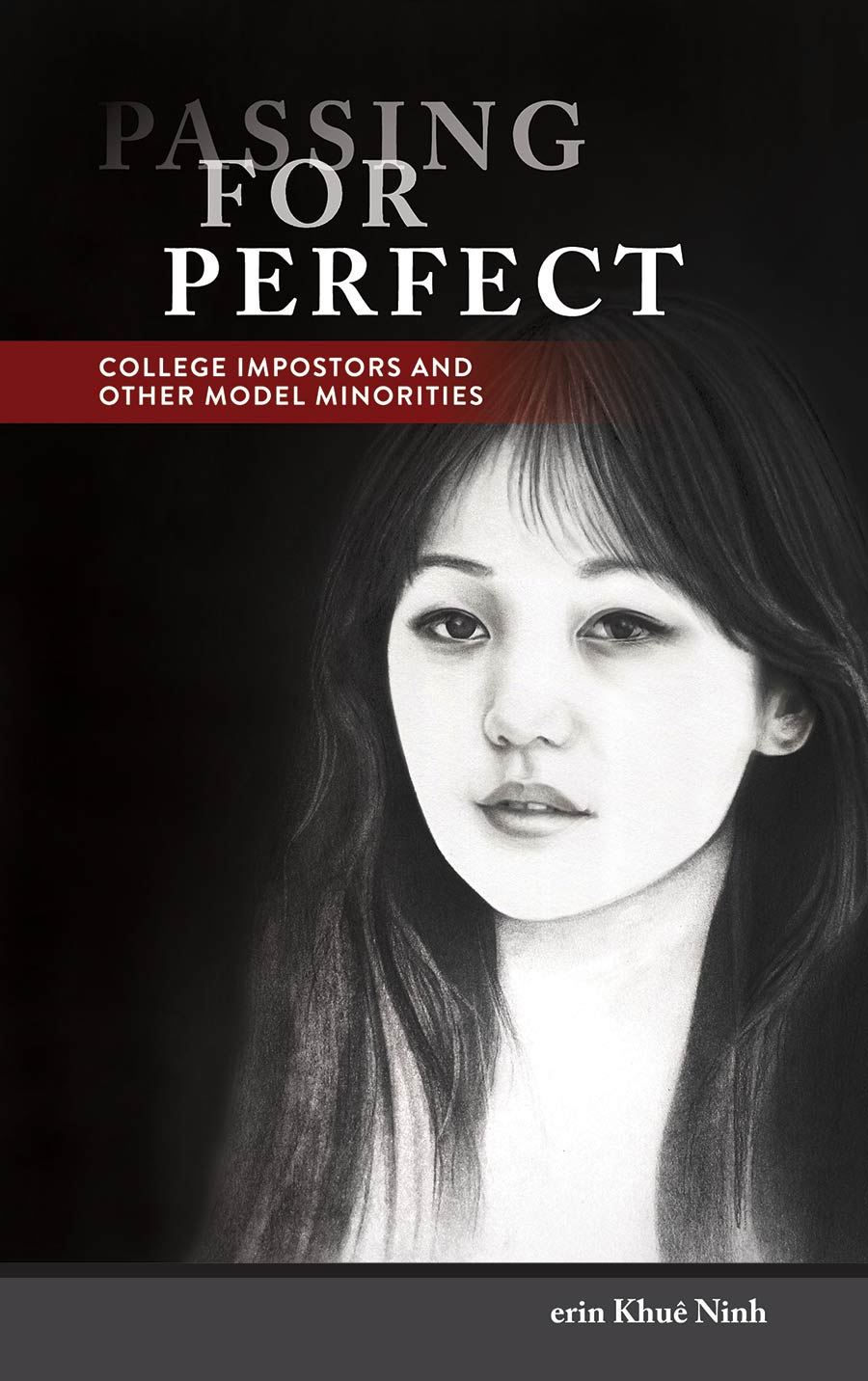 Azia Kim lived like a Stanford student — studied, lived in dorms, hung out with friends, even attended ROTC training. Jennifer Pan told her family she graduated from college and pharmacology school.

Both were frauds. Kim was discovered and kicked off campus after nine months. Pan hadn’t stepped foot in a classroom after high school. When her parents discovered the ruse, she hired hit men to kill them.

How could this happen? It’s a question erin Khuê Ninh, an associate professor of Asian American studies, explores in Passing for Perfect: College Impostors and Model Minorities (Temple University Press, 2021).

All their lives, Ninh says, these “impostors” — people who pose as students at a particular college or university, usually a prestigious one — have been herded into what other scholars have called the “success frame” — an ever-running escalator to straight As, class valedictorian, an elite university and advanced degrees in one of the prestige fields of medicine, law, engineering or science.

In doing so, she continues, these children maintain the appearance of being a “model minority” — the racialized expectation of success that becomes central to one’s identity. “The model minority is coded into one’s programming — racialization becomes feeling and belief — its litmus test is whether an Asian American feels pride or shame by those standards.”

Is Planetary Defense PI in the Sky

In February of 2013, sky watchers around the world turned their attention toward asteroid 2012 DA14, a cosmic rock about 150 feet (50 meters) in diameter that was going to fly closer to Earth than the spacecraft that bring us satellite TV.

Little did they realize that another bit of celestial debris was hurtling toward Earth, with a more direct heading. On February 15, 2013, the Chelyabinsk meteor, a roughly 62-foot-diameter asteroid exploded over the city of Chelyabinsk, Russia, as it entered Earth’s atmosphere at a shallow angle.

“It turned out that two completely independent asteroids were coming by that day,” says physics professor Philip Lubin, and one of the many scientists anticipating 2012 DA14’s near-Earth rendezvous. “One of them we knew was going to miss the Earth. The other one, we didn’t even know it was coming.”

Strategies for planetary defense have progressed from research into better methods for understanding the threats, to efforts to deflect potential hazards and change their orbits, including a strategy developed by Lubin’s group, which proposed the use of lasers to push threatening objects out of Earth’s way.

In two papers on the topic of terminal planetary defense submitted to the journal Advances in Space Research, accompanied by an opinion piece published in Scientific American, Lubin and co-researcher Alexander Cohen lay out a more proactive method for dealing with dangerous extraterrestrial space debris. The project is called PI, an acronym for Pulverize It.

Learn more about this new method for planetary defense 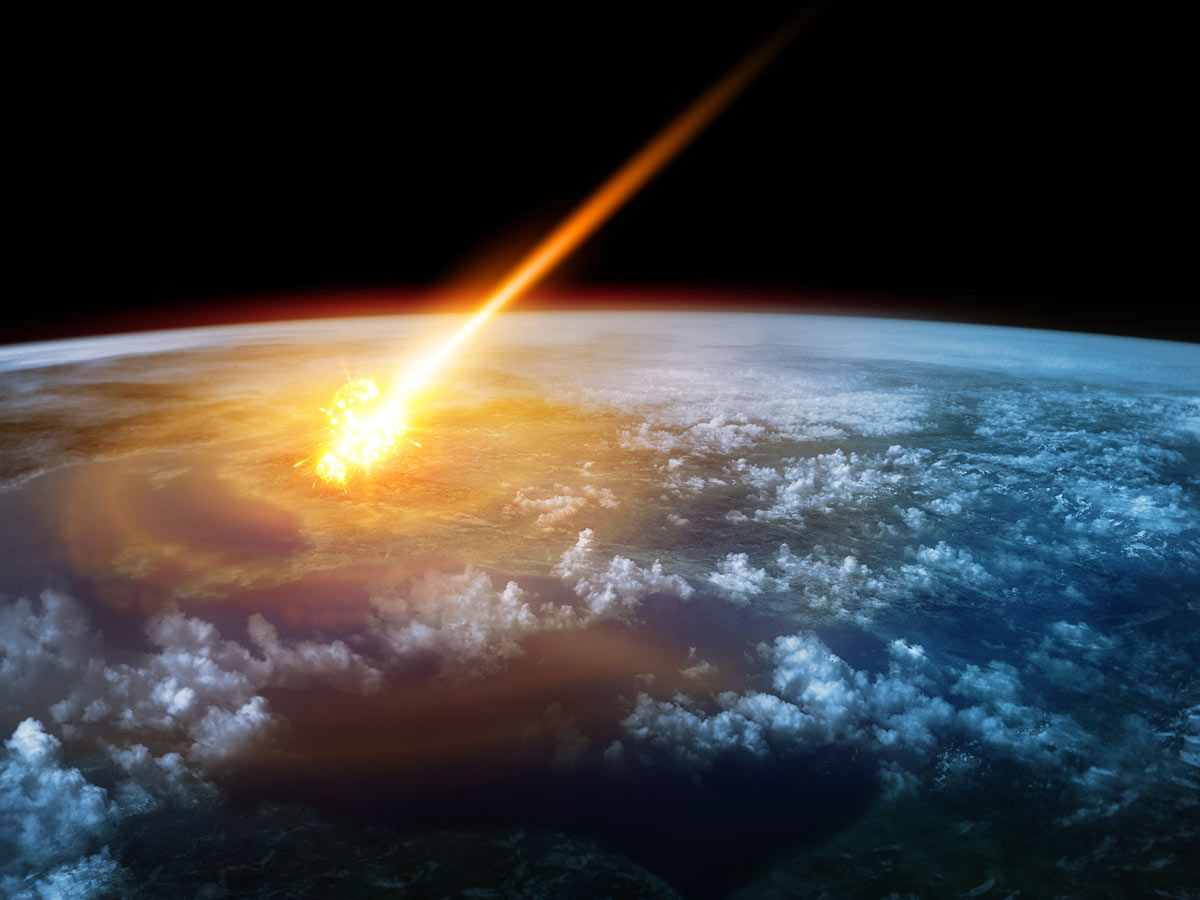 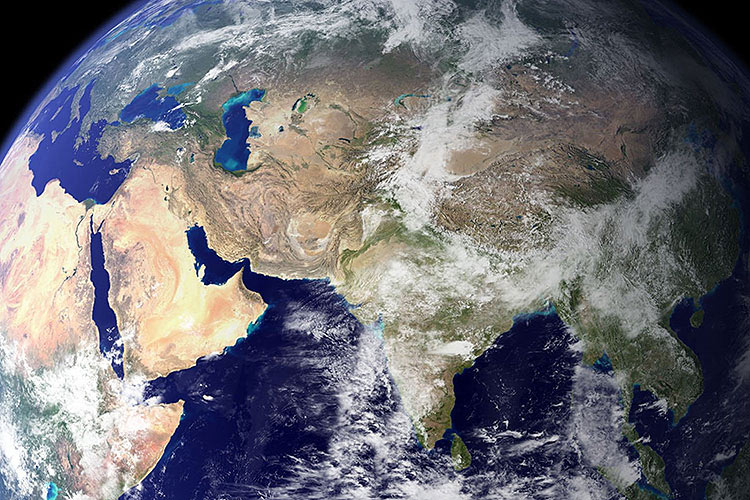 Deep streams of data from Earth-imaging satellites arrive in databases every day, but advanced technology and expertise are required to access and analyze the data.
Photo Credit: NASA via PXFUEL

More than 700 imaging satellites orbit the Earth, and every day they beam vast amounts of information to databases on the ground. There’s just one problem: While the geospatial data could help researchers and policymakers address critical challenges, only those with considerable wealth and expertise can access it.

Now, a team of scientists, including UC Santa Barbara’s Tamma Carleton, has devised a machine learning system to tap the problem-solving potential of satellite imaging. The tool employs low-cost, user-friendly technology that could bring access and analytical power to researchers and governments worldwide. The study appears in the journal Nature Communications.

“Millions of satellite images are taken of our planet every day, but actually using this information to solve global problems like climate change and poverty eradication is difficult,” explains Carleton, an assistant professor and environmental economist at the Bren School of Environmental Science & Management.