Bringing Back the Heat

Bringing Back the Heat

Men’s Basketball is ready to roar

The best UC Santa Barbara men’s basketball team that almost nobody saw (in person) had a spectacularly successful 2020-21 season. Playing in empty arenas because of the COVID-19 pandemic, the Gauchos won their first Big West Championship in 10 years and earned a precious bid to the NCAA tournament. At Lucas Oil Stadium in Indianapolis, they proved they belonged. The favored Creighton Bluejays of the Big East needed some good fortune to secure a 63-62 win over the Gauchos.

“We got a taste of March Madness,” says Joe Pasternack, the energetic coach who is entering his fifth season at UCSB. “We want to go back.” Here are some reasons to follow the Gauchos in 2021-22.

SEATS: Barring another plague, fans will be allowed into the Thunderdome, and they will find that they no longer have somebody’s knees pressing into them. Chair-back seats have been installed on both sides of the court, reducing the capacity to 5,000. “I hope to see them sold out every night,” Pasternack says. 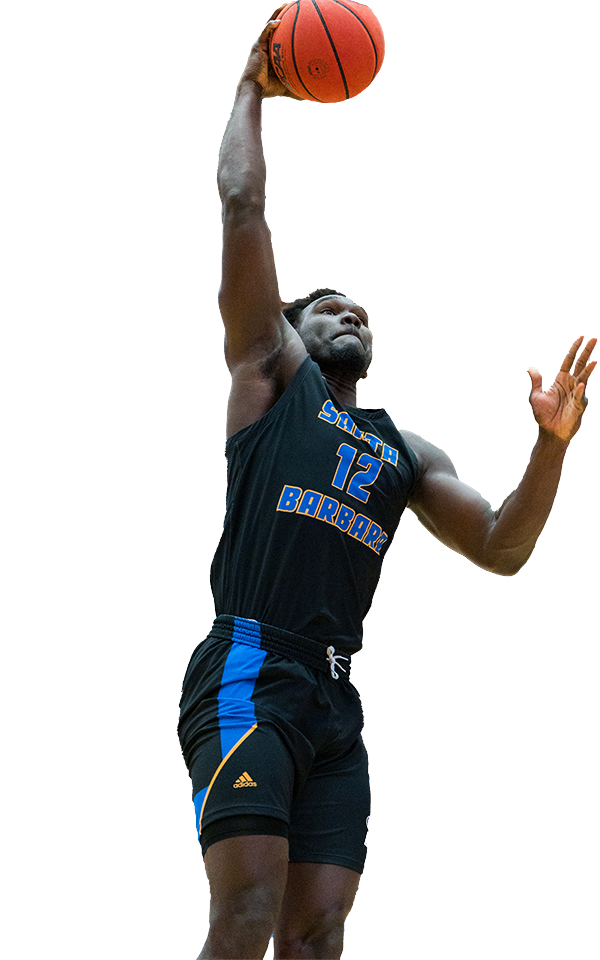 READY TO REAP: Three-year starter Amadou Sow is poised for a big senior year. The 6’9”, 235-pound power forward averaged 13.6 points and 7.6 rebounds last season. He did most of the damage inside but says he’s been working to expand his range. Nobody left the floor at Indianapolis last March more hungry than Sow. After he scored UCSB’s last four points down the stretch, his potential game-winning layup with two seconds left rimmed out. “The game is 40 minutes,” Pasternack says. “One shot does not determine a game.”

TALL ORDER: Rebounding is a vital part of the game, and in addition to Sow, a trio of 6’10” forwards return to the Thunderdome: senior Miles Norris, who can score inside and out; Robinson Idehen, a banger who decided to come back as a graduate student; and sophomore Jakov Kukic from Croatia.

FILL ’ER UP: The Gauchos have set school records for most points and most three-pointers made. Norris and junior guard Ajare Sanni, chosen the Big West’s best sixth man last year, both hit close to 40% of their three-point attempts. Junior guard Zach Harvey and freshman Cole Anderson, UCSB’s top recruit from Clovis West High, are two other sharpshooters.

JPL: In rocketry, it stands for Jet Propulsion Laboratory. On the Gaucho roster, it’s Josh Pierre-Louis, a 6’4” guard whose explosive moves lit up the highlight videos last year.

OUR HOUSE: Pasternack’s Gauchos have compiled a 47-8 record at the Thunderdome, where they will play eight non-conference games – San Francisco State, Chicago State, Arkansas Pine-Bluff, Texas-Arlington, Pepperdine, Cal Lutheran, Florida A&M and Idaho State. “We can’t get Pac-12 teams to play in the Thunderdome,” Pasternack says. “It’s difficult because of our success.” He hopes to see a homecourt fervor build around the Gauchos, regardless of their opponents. As for road games, “Gonzaga is a tough place to play because loud, crazy, unbelievable crowds support the team,” the coach says. To take on the Pac-12, the Gauchos will make the trip to Pullman for a game against Washington State. Another strong opponent on the road will be St. Mary’s of the West Coast Conference.

BIG WEST: UC Irvine looms as UCSB’s strongest challenger in the conference. The Gauchos travel to meet the Anteaters on New Year’s Day, and their return match at home will be on Feb. 3. Home games against CSUN and Hawai'i close out the league slate on March 1 and 3. The 2022 Big West Basketball Championship takes place from March 8-12 at the Dollar Loan Center in Henderson, Nevada.

PRIDE IN ALUMNI: Like the UC Santa Barbara program as a whole, individual Gauchos tend to be underrated. JaQuori McLaughlin, the 2021 Big West Player of the Year, was passed over in the NBA draft. He saw action as a point guard on the Golden State Warriors’ Summer League team, and he gave such a strong, heady performance that the Dallas Mavericks signed him to a two-way contract that will have him playing both in the NBA and on the Texas Legends G-League team. Gabe Vincent, an undrafted 2018 graduate, labored in the G-League before earning a spot on the Miami Heat roster this past year and signing a two-year contract reportedly worth $3.5 million. He was a starting guard for Nigeria at the Tokyo Olympics. High-scoring Max Heidegger ’20, had a cameo with the Atlanta Hawks in the Summer League and is playing for a top-division team in Germany. 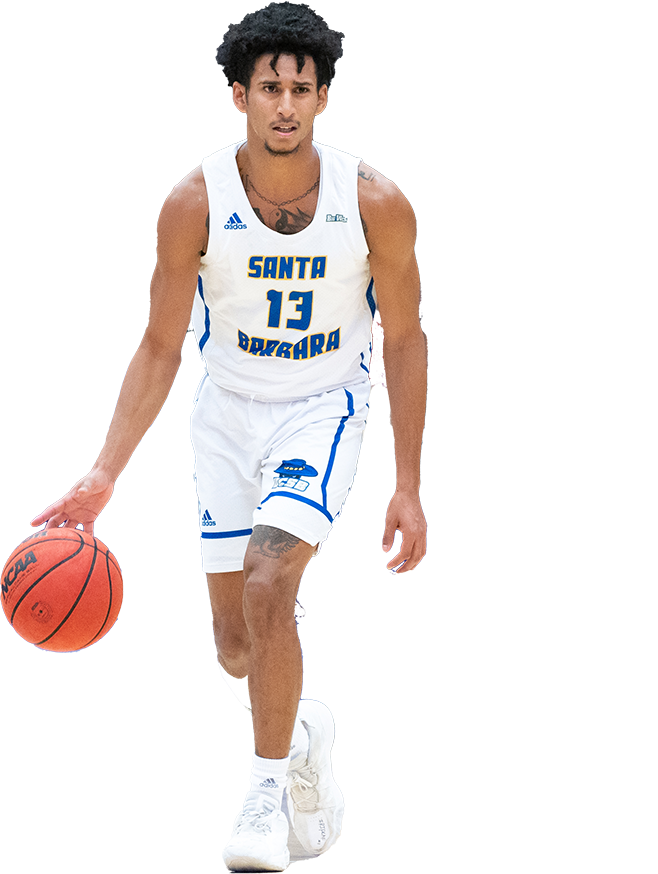